A Scott in the Dark: 67 - Keeping Performers Safe from Guests

In the wake of recent violence against live performers, Scott discusses the importance of performer safety.

Haunt Trends A Scott In The Dark

In the wake of recent violence against live performers, Scott Swenson discusses the importance of performer safety.

Hello everyone, and welcome back to the dark. I'm obviously not in the dark, nor am I in my home studio if you're watching this on video. I am in Houston, TX and I'm doing some work with Space Center, Houston. But there's been a couple of things that have happened over the last few weeks that I've been thinking about, wanted to talk about how it's going to affect us in the haunted attraction industry, and that is violence against performers. Obviously, there was the big one with the Academy Awards, which was, Chris Rock and Will Smith and I'm not going to beat that one into the ground. Also, with Dave Chappelle being tackled at the Hollywood Bowl just recently, I think it's important to maybe discuss this just a little bit more. I think it's important to recognize that there's a possibility that this kind of behavior, and the reactions to this kind of behavior, may actually encourage people to be even more violent than they ever have been before. The thing that concerns me the most is, this kind of behavior, and the response to this kind of behavior, seems to have created a new sense of empowerment against performers, and certainly, in the haunted attraction industry, this has always been a problem. We'll get into that in a bit more in a minute, but my biggest concern is that since we're seeing more and more of this, and since we're seeing more and more of it on the news and in social media and all that sort of stuff, The question comes up, is this going to be a season where guests will be more aggressive towards live performers in the haunt industry? I'll be honest, I don't know the answer. But I would rather talk about it now and have us prepped for it, then have it have us just say, "no, it's not going to be an issue. Everything will be fine." I think we're going to run into a situation of what I call, "monkey see monkey do," behavior, or if I'm being a little bit less kind, we're empowering the idiot. So, when they see somebody get national attention for attacking a celebrity, it somehow makes it OK--and especially when you see a celebrity attack a celebrity, but again not going to, I'm going to try not to. You know me, I'm not very good at that, so we'll see.

So, I just wanted to kind of reinforce actor safety, because like I said, I think this is the time where we need to do it, since people are seeing this kind of behavior more and more. Like I said, this has always been a problem. There's always been an issue about actors feeling unsafe, or actors getting hit, or actors getting punched, or whatever. I hate to say it, but that's kind of part of what we do. When you scare somebody, and I've said it for many, many years so if you've heard me say it before, I apologize, but I'm going to say it again because it still applies. With most haunted attractions, what you're doing is you're taking people, and in many cases feeding them alcohol or other intoxicants of some sort--whether you're doing it or whether it's happening before they get to you--and then putting them in the dark and scaring them. So, their reactions, well first and foremost anything that can come out of a human will. And there are those performers who view that as a badge of honor. "I made a big guy pee! I made a big guy pee!" That whole thing. I think what we're going to see, and what I'm afraid we're going to see more and more, is the fight or flight response. If you're in a crowded queue, especially like in a theme park haunt, for example, the opportunity to run away when you get scared is not an option, and so all you can do is fight, and that's unfortunately a human response. Let's hope that people recognize that's not a real zombie. But, you know, if we're doing our jobs right, we've created an atmosphere where they, for that fleeting moment, may believe that it's a real zombie. So, it's kind of a catch-22. Are we going to be realistic enough to be scary, but also realistic enough that makes people feel they need to defend themselves or defend their families?

For example. I've had situations where there were performers who were camo blends in like a 3D haunt, or a blacklight haunt, and there were 3D camo blends that were blending up against the wall. Through no fault of the guest, really, they would walkthrough with their hands out in front of them, touching the wall as they go, and there were several people who several performers who said, "I don't want to do this because I'm constantly getting groped. People are walking up and touching my chest or touching my... The parts that my Underwear covers." I'll talk to you like you're a toddler or a 5-year-old. they feel as though they are touched inappropriately, and that is legit. Some people don't want to be groped. I had to put that caveat in there because I have friends... But the idea here is, what can you do to help that? It's actually quite simple. You build in a chest plate, or even like an umpire chest plate, which actually covers the groin area, and you put it underneath the costume so that if that kind of mistake does happen, the performer doesn't feel violated by it. Obviously, if they still do, move the performer, move them somewhere else. But at least you've done your due diligence to try to protect them in some way.

As I said earlier, I'm in Houston, TX. I will be here on and off throughout the month. Thank you, thank you for listening, and if you have not joined the newsletter, please go to scottswenson.com. On the landing page right underneath my picture, I think it's underneath my picture, it's on the landing page, I'm pretty sure it's underneath my picture, is a place where you can just click give me your email address, and once a month you'll get an email with everything that I'm doing, not just from a haunt standpoint, but from from my entire career. There's always some sort of member-only content. Sometimes it's a download, sometimes it's a video. Recently it's been videos of the different places that I've been just so you can kind of get an experience of what it's like at the Indianapolis Zoo, or I just might do one for Space Center Houston since I'm here, who knows? But that said, go to scottswenson.com and join the newsletter and you'll get something from me, once a month. Don't panic, I do not sell your information, nor do I bug you constantly about stuff.

I will say that I've got a lot of haunt stuff coming up and as soon as I can talk about it I will, and probably be the most in-depth information will be in the newsletter when it happens. So, if you're interested in following that side, go to scottswenson.com and sign up for the newsletter. Thank you so much for listening. Until next time, this is Scott Swenson from Scott in the dark, saying, rest in peace. 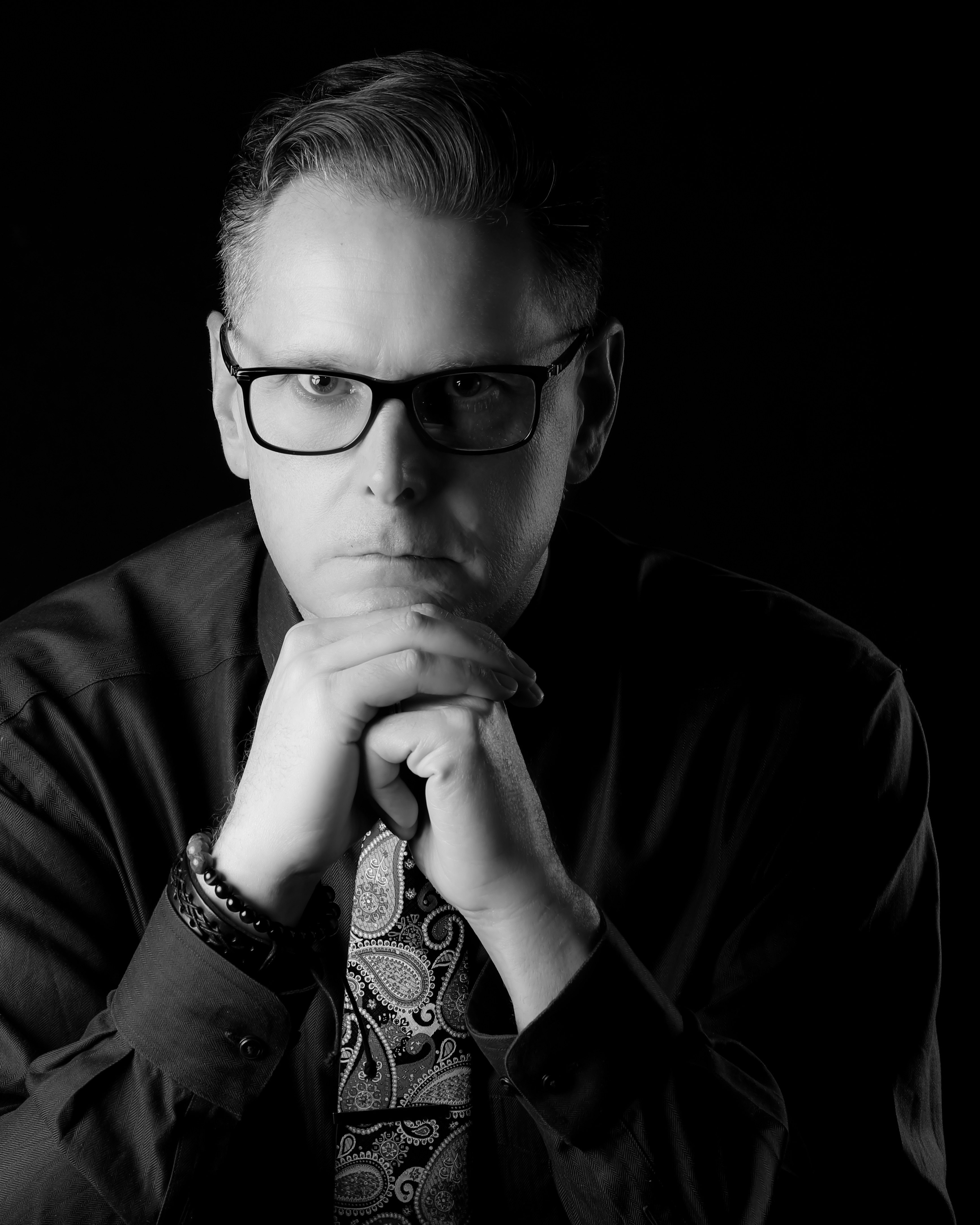 For over 30 years, Scott Swenson has been a storyteller, bringing stories to life as a writer, director, producer and performer. His work in theme park, consumer events, live theatre and television has given him a broad spectrum of experiences. In 2014, after 21 years with SeaWorld Parks and Entertainment, Scott formed Scott Swenson Creative Development LLC. Since then he has been providing impactful experiences for clients around the world. Whether he is installing shows on cruise ships or creating seasonal festivals for theme parks, writing educational presentations for zoos and museums or directing successful fund raisers, Scott is always finding new ways to tell stories that engage and entertain.

A Scott In The Dark Episodes