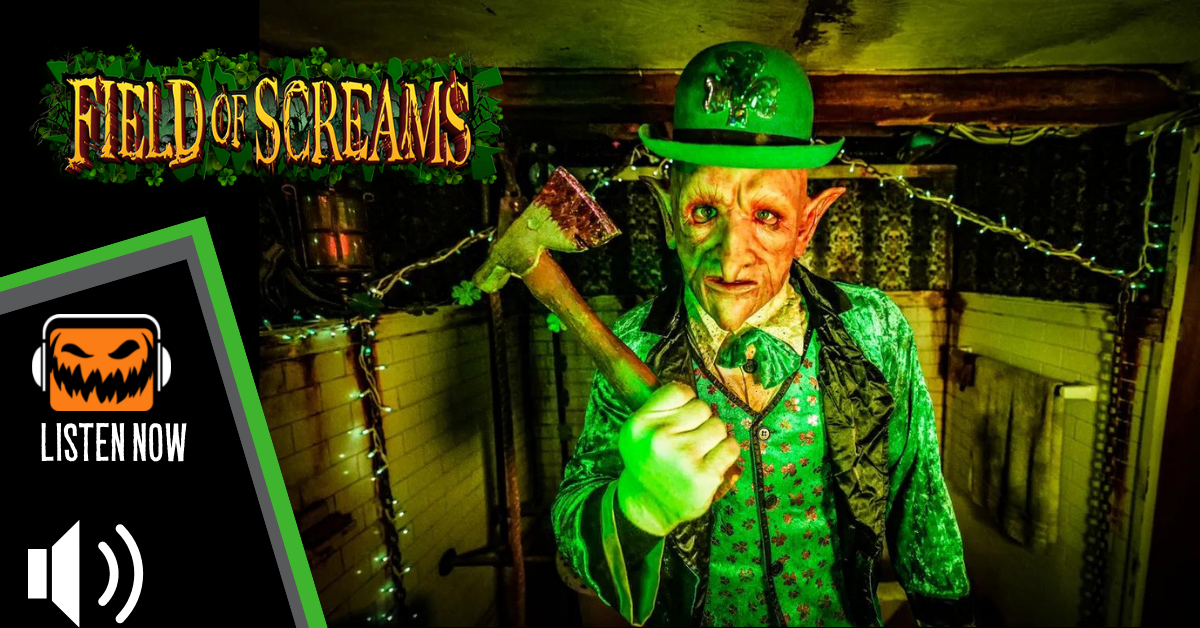 Field of Screams in Lancaster PA is open this Saturday, March 12th, for their 3rd annual St. Paddy’s Day event

Field of Screams in Lancaster PA is open this Saturday, March 12th, for their 3rd annual St. Paddy’s Day event – and we’ll hear all about it! The single-day event features uniquely themed building décor, scenes, evil leprechauns, and sinister trolls. If that seems like a lot of work for a one-day event, we’ll get into that as well. This interview features co-owner Jim Schopf. 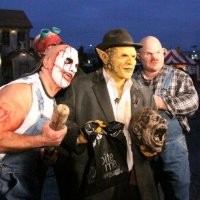 Field of Screams was founded in 1993 by owners Gene and Jim Schopf. The two brothers were born in Mountville and started farming together when they were in Junior High and High School. They continued this family tradition through the rest of high school and college.

Both brothers graduated from Hempfield High School and Millersville University. While at Millersville, both were members of the Division I wrestling team and majored in education..

The 33 acre parcel of land where Field of Screams is located in beautiful Lancaster PA is only a short drive from Philadelphia PA and Baltimore MD. The fields along with two other local farms are still farmed by Jim and Gene.

Schopf Bros. Farms, also operated by Gene and Jim, provides the community with homegrown farm fresh produce in the summer, pumpkins in the fall, Christmas trees in the winter, and Easter and Mother’s Day flowers in the spring. There are two roadside markets at their respective farms in Silver Spring and East Petersburg.

In 1993, the two brothers opened The Field of Screams haunted hayride on their family farm in Mountville. Gene and Jim were the first ones to use the clever name Field of Screams. Since this time, many other business have chosen to also use this name but they have no relation to our Field of Screams.

The indoor three-story horror barn, now the Den of Darkness, was added to the attraction in 1995. It was converted from one of the existing barns that stood on the property and has been approved and inspected by the Pennsylvania Department of Labor and industry, as well as the PA Department of Agriculture.

Field of Screams opened its 3rd haunt – The Frightmare Asylum – in 2002. Also converted from one of the original barns that stood on the property, this 4 story Barn is filled with impressive special effects, décor, and the most innovative scares in the country.

After two decades of providing fun-filled scares and screams to hundreds of thousands of thrilled guests, Field of Screams introduced its 4th Haunt in 2013 - Nocturnal Wasteland. Unlike any of the other haunts on the Field of Screams Property, this haunt made it's debut on Friday the 13th of September in the year 2013! Set in a dark wooded area on the grounds of Field of Screams, Nocturnal Wasteland takes guests on a tour through a post-apocalyptic settlement filled with highly detailed scenes, innovative scares, and a ton of the nastiest characters you will ever want to meet.

Field of Screams has come a long way since its inception in 1993, and now encompasses a variety of live entertainment and special events as well. By 2016, Field of Screams had scared its one millionth customer!