Within Our Walls: A New Voyeuristic Horror Experience in Glendale 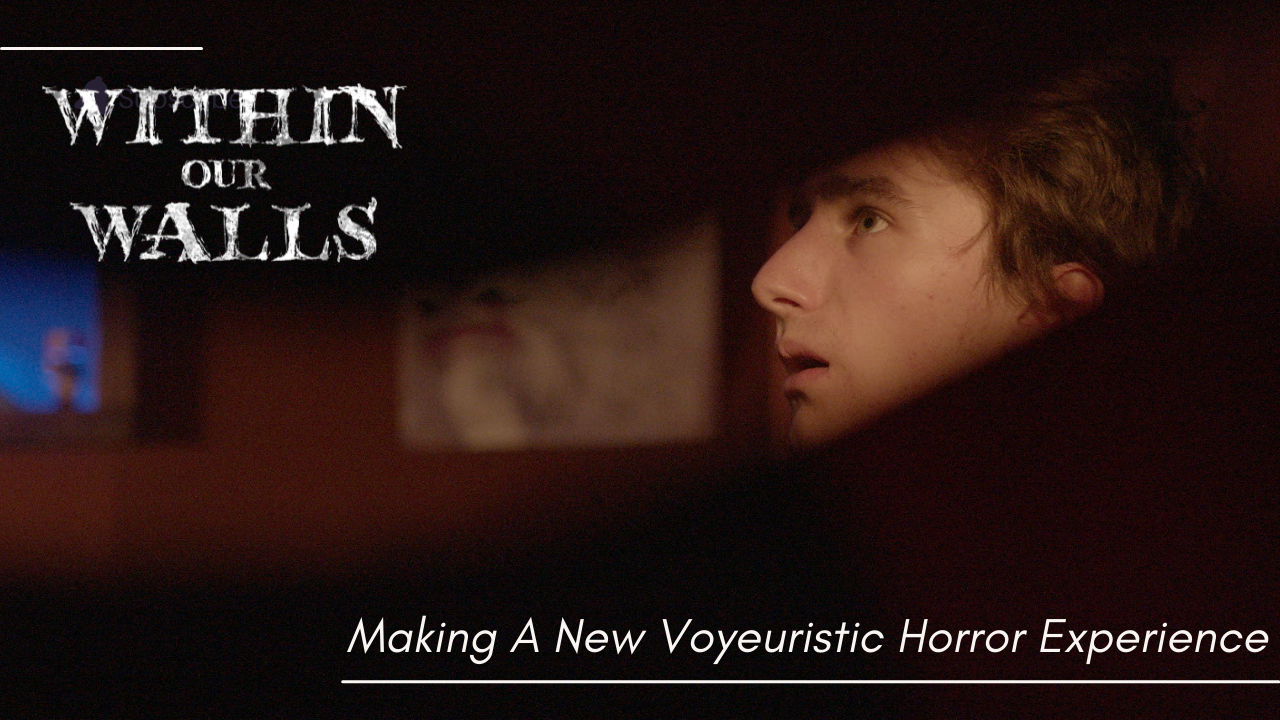 We’re going on-location to hear how one haunter created a new unsettling piece of immersive theatre called Within Our Walls.

Within Our Walls mixes voyeuristic horror theatre with haunted house-style sets and effects to create a new experience in Glendale. Created by Sam Kellman, a young home haunter, the experience is open through July 30th, 2022. Today we’ll learn about the show’s design and creation.

Philip: I'm actually going to read a quote here from Jeff DePaoli at Attractions Magazine. "Within Our Walls is a voyeuristic piece of immersive theater mixed with a sense of cinematic storytelling, and a touch of haunted house elements. That is a perfect description for this experience created by Sam Kellman, a young home haunter. I went on location to the show in Glendale and spoke to Sam about it, here he is.

Sam: Hi, I'm Sam Kellman, I am with Inside The Box Productions, used to do the OPG Haunt, and I do a lot of short film work and also stuff like this, you know, immersive theater, horror work. Within Our Walls is an experience where you are actually being physically put inside of the walls of a suburban family's home. So, you kind of get this dollhouse type view into various rooms of the house, and you're moving through this long corridor that looks as if you're looking through, you know, vents, and cracks and stuff at them, and you're in very close proximity to the actors. To make all that even more uncomfortable, the family has just come home from their nine-year-old daughter's funeral, so there's a whole lot going on in the house.

It's almost in between immersive and interactive theater, because without saying much, there is one character out of all of them who can actually see you and does acknowledge you. Nobody else can. So, that one character definitely has a whole lot of fun with that, and there are a few like minor interactions. But the idea is that, yes, it's more experiential than interactive, I'd say.

It was initially a short film idea that I had back in late December, and it was already going to be kind of a one-shot thing anyway. The idea was like, we build a set like this, shoot it from a POV. So, the more I thought about it, I was like, first of all, this is already a play anyway, it's already a oner. And then second, I just thought the horror of it, and the uncomfortable kind of nature of it would be way more visceral in person as an immersive experience. So, it's the first time that's ever happened, where I was kind of initially writing a film idea that morphed into an immersive experience, because I just figured it would be a more impactful way to tell that story.

We're going to make a video of the experience for, you know, anyone who didn't get to show up. Because we even have a lot of people who follow our stuff who are like out of state and are always like, "we want to see what you're doing, but we can't show up." So, we always like to get a good video of everything, and we're going to be shooting that trying to get a good multicam, cinematic sort of video of it. So, technically I guess it will kind of become its own short film eventually. But it's more like going to be a video of the show.

We have about nine shows every night and we're running for 11 nights. We have just about a weekend and a half left. Each show, usually, will host around 3 to 10 people, they're very intimate, small groups so that you can really move around this space on your own. We don't pack a bunch of people into here, be prepared for a very intimate theater experience.

Sam: So, what's interesting is when you're making this kind of thing, you're always kind of factoring in, how are people going to react to this? I've done a lot of immersive experiences in the past, sometimes people do play with you like you want them to, sometimes people don't play along, it always depends. This show we've been really, really lucky because we've had just a bunch of people coming in here who are experiencing this as their first ever production from us.

And people are literally like moving around, ducking. Because that's the thing, you're not physically interacting with the characters, but you're trying to hide from them. So, there's a lot of physicality in how you're watching it, and it's been really nice to see people really playing along with that. We've been getting some really good reception thus far, a lot of people are saying it's making them uncomfortable, which is a perfect review in this state. You know, you wouldn't want an uncomfortable Yelp review in many other instances, but here it works, and it's been really great. So yeah, the reception on this one has been pretty good, pretty good.

Philip: And now that you have your new production company, where do you think the future is going to be? What type of experiences do you think you're going to be focusing on?

Sam: So, we're going to be producing film and we're going to be producing immersive experiences, and I think what's really cool about that is it can all start with a story, right? Here's the story we want to tell, will this work better as a cinematic experience or as a live experience? Wouldn't it be fun to release a 25-minute short film, do a premier party or a screening, and then transfer people into a walkthrough based on that film? You know, do something like that where we literally merge them.

Philip: And finish up here with ticketing information.

Sam: Within Our Walls plays now through July 30th on select dates, you can grab your tickets at http://www.Withinourwalls.show.

Founder at Inside the Box Productions

Sam Kellman is a 19-year-old filmmaker and themed entertainment geek living in Los Angeles.
He's been making films for as long as he can remember. Over the course of high school (LACHSA, the #1 performing arts high school in the U.S.), Sam has written, directed, and produced numerous shorts, some going on to win various awards and nominations at festivals, including Moondance, WestFlix, NFFTY, Luminescence, Seattle International Film Festival, All American High School Film Festival, and more. Along with writing and directing projects, he is also an editor and visual effects artist, using those talents to further enhance his stories.
Additionally, Sam utilizes his annual home haunt, The Opechee Haunt, as a way to showcase his passion for themed entertainment, and as a vehicle to grow as an immersive storyteller. He has been invited to create haunted attractions for the Hall of Shadows at the world’s largest Halloween and horror convention, Midsummer Scream (2017, 2018, 2019); has been featured on panels at both Midsummer Scream (Next Generation Haunters: A New Breed of Terror, 2018) and ScareLA (New Blood, 2015); and is profiled in SAGA Studios’ 2018 documentary, Epic Home Haunts (currently available on Amazon Prime Video). The Haunt has operated in one way or another for ten consecutive years!
Additionally, he has recently launched his own independent production company, Inside the Box Creative, which you can check out at goinsidethebox.com!
For Sam, stories always come first. It's all about finding creative ways to tell them.