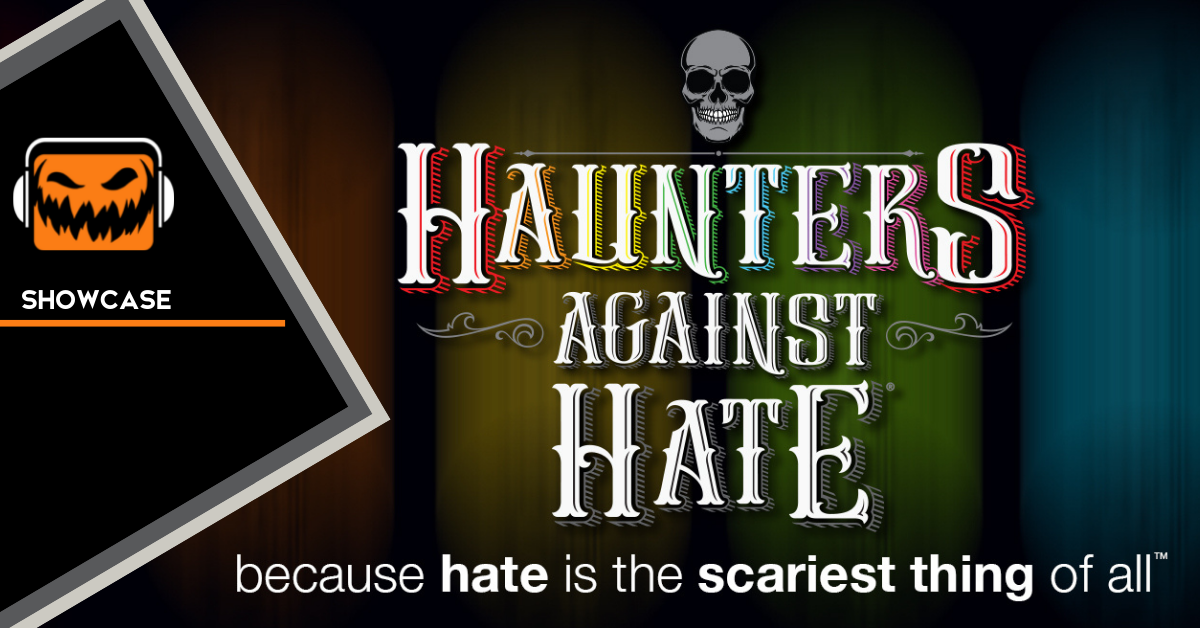 Haunters Against Hate, a non-profit known for its Book of Haunters series, supports LGBT youths by raising money from the book sales, merchandise, and running its own event

Why The Focus On LGBT Youth Organizations?

Paul: I try to focus mostly on LGBT organizations that focus on teens. I think youth need it the most because they're the ones that are most vulnerable to hatred and bullying-- whether from school, even from inside their families-- and they need a support system that they can go to prevent them from suicide, because the highest rate of suicide is in LGBT youth.

Philip: The book, especially, and the event are ways to highlight LGBT haunters. Is that correct?

Paul: Yes, exactly. Like Volume Five of the book Haunters was dedicated exclusively to LGBTQ haunters, which enabled them to tell their stories about coming out and how the haunt industry has helped them deal with that, and even when they were not accepted by their families, how they were accepted by the haunt community, which is very important. Because of those books I've gotten emails from, most recently, a woman who said that by me sending her a couple of t-shirts it was the first time she saw her daughter smile in two years because she was being bullied so much because of her sexuality. So, that's what keeps Haunters Against Hate going. Those stories like that too, that show that if we can help one individual, especially a youth, feel empowered and feel good about themselves, then the goal is accomplished.

What Is The Book Of Haunters Series?

Paul: There have now been eight volumes. Volume One was just the US, and it has now expanded into the world. I've gotten submissions from Australia, from Germany, from the UK. It allows people, all these haunters, to see that they're in this haunt family together, and so they should never feel alone. I really feel that haunters need to be recognized in the industry for what they do, because they're so important.

As the books have gone on, like the most recent book, I've expanded to include people that are behind the scenes, like the set decorators, the makeup artists, because they're just as important, and they need to have a voice as well and why they were involved in the industry. So, I thought that was a wise thing to do

Paul: Exactly. It's a coffee table book. I look at it as almost like a yearbook.

Where Did The Idea For The Book Of Haunters Come From?

Paul: It started with an idea that I came up with to do a calendar, actually, a 14-month calendar. I was like, "submit your photo," I was hoping I'd maybe get 20 photos to choose from. I ended up getting over 100 photos and submissions for that calendar. It was like, "okay, this is not going to work, because there are so many people that are submitting photos," and they were amazing. I was like, "I've got to expand this and turn this into a coffee table book." So, I did the first volume and I was like, "well, we'll see how it does," and it sold out immediately, the first run. So, I had to do another run. I was like, "okay, this is something that people are really, really interested in."

Volume Four was delegated to people of color and minorities, actors in the industry. Volume Five was the LGBT. Volume Six was a strictly women in the industry. Ironically, that's the one that filled up the fastest. Within a week and a half, the book was full. So, I'm going to have to do a second volume on that one. The most recent volume, part of it was dedicated to haunters who are no longer with us. So, people from their haunts sent in photos and their bios were written by fellow haunters, really touching, really, really nice.

Philip: Something that sets it apart is that there are themes for each one.

Paul: I like to show that there's a diversity in the haunt industry, that it's not just all your CIS gender, white males. Everyone likes to take part in the haunted industry, everyone has a passion for it. So, I wanted to show everyone out there that you're not alone, it's like we're all together as a family, and we should all treat each other as family.

What Is The Haunters Against Hate Event?

Paul: That is happening in July this year, and yes, the first event went very well. I wouldn't say it was the biggest Con ever, or event, but I don't want it that big. The most important thing for me was the fact that everyone felt very welcomed at my event, very comfortable, and that's what I wanted the most.

There's also a Legacy Award, which is given to a celebrity that has been very supportive of Haunters Against Hate. This year it's going to Brandon Crane, who played one of the kids in the original It, which he's been a big advocate for Haunters Against Hate since I first met him years ago.

Then there's a Memorial Award that is in the name of a haunter that passed away from Statesville Haunted Prison. This year it is going to a haunter that unfortunately was ambushed and killed at 27 years old, who was a Sheriff. So, his partner is accepting that award because it was well-deserved. I like to bring the emotion into it, and the feelings, because to me, that bonds people even more.

Philip: Is that bonding kind of why you think it's important to go into the event space for this type of branded event?

Paul: Absolutely. Because, like I said, you'll have these haunters coming up with their lanyards who don't know each other, and they'll see the lanyards and, "oh my God, oh my God." They'll be carrying their books, and you see these people who don't know each other, maybe just by looking at a book, you know, and now they're real people, face-to-face, and you get that bond formed. So, the family just grows that way, and that's what I want, that's important to me. So, I'm expanding it a little, not much. I don't want anyone to feel overwhelmed. I call it small intimate event.

What Is This Years Agenda For The Event?

Philip: To tie it all home, the profits from this event go back towards the youth organization donations, correct?

Paul: Exactly. Yes. It's all non-profit. So, anything, they will go back. Generally, since I'm in Lexington, I'll probably give to PCSO again this year, which is Pride Community Services Organization Lexington that helped the youth in this town.

Where Will Haunters Against Hate Be For Transworld?

Paul: Well, this'll be my sixth year, I believe. Yep, I'm looking forward to it. Boot 1440, if I remember correctly. New t-shirt designs, I'll have the newest book. New 2022 pins for Haunters Against Hate, so all the fun. Oh, and I'm bringing it back, I had it two years ago and I'm bringing it back this year, is the Hunters Against Hate raffle where people can buy raffle tickets, and I've had 12 companies donate product like Gore Galore, Froggy's Fog, and various other Synapse Films is donating stuff. So that's pretty exciting, and that's a lot of fun.