The Los Angeles Haunted Hayride is once again open in Griffith Park. After acquiring the hayride, Thirteenth Floor Entertainment Group established a central narrative to tie the experience together – the town of Midnight Falls. Guests pass into the...

The Los Angeles Haunted Hayride is once again open in Griffith Park. After acquiring the hayride, Thirteenth Floor Entertainment Group established a central narrative to tie the experience together – the town of Midnight Falls. Guests pass into the fictional town of Midnight Falls and every attraction ties into the town’s story. Today, we’re speaking with Chris Stafford, CEO of Thirteenth Floor Entertainment Group, about this year’s expansions and some unique challenges facing the hayride. Follow along to our Hauntathon: https://linktr.ee/hauntedattractionnetwork

Chris Stafford: So, we are here at Los Angeles Haunted Hayride 2022. Lots of fan favorites back this year. Of course, the Hayride itself. But in addition to Hayride, there's three mazes here, there is Midnight Mortuary: Evil Earth, there is Trick-or-Treat, and there is Slaughterhouse or Laughter House depending upon how you want to say it, and that's our new maze here for 2022. So, Slaughterhouse, or Laughter House, is basically a pretty visceral experience. You got your traditional slaughterhouse, but now it's been overrun with clowns from a defunct carnival that broke down on the side of Midnight Falls.

Chris Stafford: The Los Angeles Haunted Hayride is super unique because really, we're able to transport you to New England during the Halloween season, but you're smack dab in the middle of Los Angeles and Griffith Park. Just the feel that you get when you come out here is like fall in New England, and just an amazing feeling that you get that you can't get many other places, especially in Los Angeles.

Chris Stafford: Since we created the town of Midnight Falls, everything that we've been doing with Hayride since then revolves around that town. So, every time we add a new feature or new attraction, it's going to revolve around some character that might be from that town, or a business that might be from that town. We want to keep kind of growing that story in that world because at the end of the day, in October, when people are going out to have fun for Halloween, it's all about being transported to a different place. That's really what we're trying to recreate here.

Chris Stafford: I think one of the most unique things this year is one of the most popular characters has become Hershel the ice cream man. He's been popular for years here and you know, going into this year's planning I was like, "well, why wouldn't Herschel have an ice cream store in Midnight Falls? We have the ice cream man." So, now you get a picture with Herschel and his ice cream truck, and right next to it is Herschel's Ice Cream. You can actually buy ice cream from Herschel now. We all go to an event, and we can buy an ice cream cone, but who can say they bought an ice cream cone from a crazy clown character in Midnight Falls?

Chris Stafford: The cost of entertainment has been going up, so people are expecting more, they want more of an evening's worth of entertainment, and they want to be more immersed in what they're experiencing, to your point. So, that's something that we've always kind of had at Hayride, and I think since we've really worked on leaning into the story of Midnight Falls, that's helped us to really kind of foster that atmosphere that people want to hang out in and they want to spend time in. Yeah, I mean at the end of the day if they're staying there longer, your average spend per guest is going to go up, but that's not what should just drive that. You should drive the experience first, because if you drive the experience first, then the rest of that will follow.

Philip Hernandez: Speaking about the experience, we're in Griffith Park, of course, and you're here for a very short amount of time.

Chris Stafford: So, the setup of the Los Angeles Haunted Hayride in 2022 was definitely a curveball. We actually lost an entire week off of our production schedule, we had all of our permits approved, everything was in place, and the city had some interesting new permitting and regulation policies that they had to adhere to and that delayed our setup schedule by a week. It's nothing we've ever had to go through before and it was really a shock to us because, like I said, our whole schedule had been approved and we knew when everything was. Of course, you have to come in and schedule the trades and the vendors that are coming in to help put the event together, it's a massive event, and when you lose a whole week off of your production schedule your like...

Philip Hernandez: Isn't that 25% of your schedule? I mean, that's a lot.

Chris Stafford: Yeah, actually, so just to tell you, we usually get three weeks to set up. We had two weeks, but we got it done. Listen, not to sound cheesy here, but it's a testament to our team, they dug in, they got it done, long hours, lots of people, lots of new people that we had to bring in. But at the end of the day, I mean, we've been doing this a while now and we know what it takes in order to, you know, get the resources to get the job done. It was a monumental task this year, but our team pulled it off, and I couldn't be more proud of them, they did an amazing job.

Philip Hernandez: It's one of those things that's out of your control. If you want to maintain the uniqueness of the Hayride in a park, you'll have to deal with it.

Chris Stafford: In any business, especially in entertainment, they talk about the Ps, right? One of the Ps being place, right? We're in a great location, you know, we're in the center of Los Angeles, we're in Griffith Park, an amazingly beautiful park during the day, an amazingly creepy park at night. So, because we're in a great place, we have to put up with a pretty rigorous setup schedule that you know is extremely difficult to pull off.

Chris Stafford: So, you know, in the long run, it probably holds us back a little bit from maybe doing some of the things that we would do if it was more of a permanent installation. But, I mean, every year I'm amazed that our artists come up with ideas and I'm like well, "how are we going to pull that off? We have two weeks to do it, or three weeks to do it." They find a way, you know? I don't know, now that I sit here and think about it, maybe that creativity is what helps to encourage them to want to do things like that and to want to take on things that maybe you'd look at without context and go, "well, that sounds crazy." But I think, for them, it's inspiration.

Philip Hernandez: Do you think the model that you're doing here, do you think that's the future of haunted attractions?

Chris Stafford: As far as the future of haunted attractions, I'm not entirely sure that this model is the future. I still think people like all different types of entertainment. People like it because it gives them a night out, it gives them an evening out with their family and friends, and time to catch up, and not just experience entertainment. But I also think that there are people that crave more intimate, smaller experiences that are more in-depth and maybe even a little more immersive, you know?

Chris Stafford: I don't know that the traditional haunted house is ever going away, and those types of environments are so much more easy to create sets and different atmospheres because you can work on them on a year-round basis, they're very captive by way of sound and lighting. I think it's a lot easier to do higher detailed and more immersive environments and those types of settings, so I don't see that as going away.

Chris Stafford: Larger events and festival events like this where you can go out and spend the evening, yeah, they're great, but they also usually come with a very short window of time to set them up, and creates other challenges where you can't create, necessarily as deeply immersive of worlds that you can create in a warehouse or a building or something like that. So, as far as the future, I just think that the future is bright all around for Halloween attractions, regardless of what type they are. If you look at our portfolio and our business, you'll see all different types from the festival-type event, to the warehouse haunted house, to even now some more deeper immersive experiences that we're experimenting with. 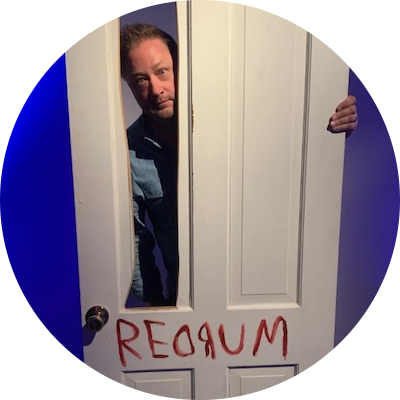 Chis helped found 13th Floor Entertainment Group in 2010, and since then has not stopped expanding the footprint of 13th Floor.