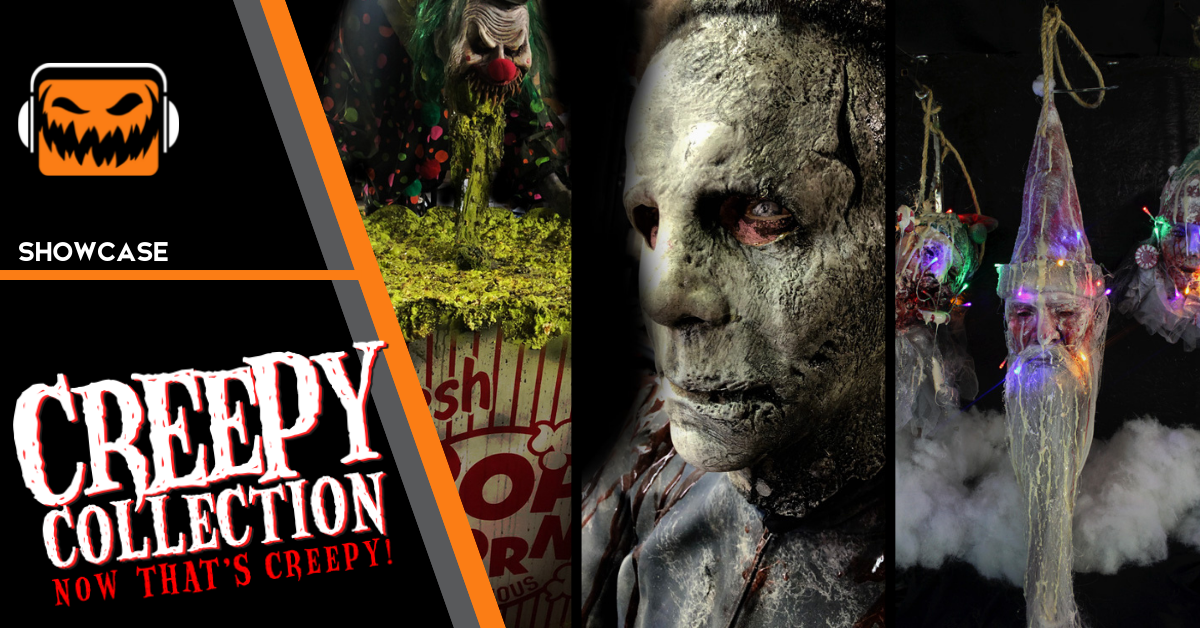 For 19 years, Creepy Collection has been providing its unique style of static props to the industry. Today, Brian Foreman interviews Creepy Collection owner Jerry Dalessandro about their new 2022 products. This interview was recorded during Transworld.

This is part of our vendor showcase series, in partnership with the Haunted Attraction Association; this interview was recorded by Brian Foreman and features Jerry Dalessandro.

Jerry: Everyone's static props are kind of like amazing, I'm not going to take that away from anybody. And we all have a different look to our statics, right? So, for a mention, someone like Ghost Ride, Unit 70, I mean like, and a bunch of other guys here, they all have a uniqueness to them. Everyone has their own artistry and level of artistry they bring to their products. So, what I try to say is this is what we, this is what they got, maybe you see something that you love and agrees with, then you buy it from me. If you see something that you love and agree with, you're gonna buy it from them. Whatever works for your haunt is what you should be putting in your scenes. Sometimes it's a dream team of multiple prop makers and animatronic makers that collaborate and you get them. It's like getting the dream team of the best artists when you buy from multiple companies.

Now, our props, we have multiple different bodies, we don't stick to just one body. We have flex bodies, which are the ones that can flex and move around. We have these table bodies that we brought back that are fully foam bodies; they used to run trucks over them online. Many years ago, we ran a, oh my God, the FJ Cruiser over the entire, and sat on it, to show how durable they are. That's that body over there, and they're indestructible. They're indestructible, steel reinforced. Then we got our mid-range bodies, which we have out here, and these guys are our most economically priced buys. We get life-sized, like this six-foot seven killer here, that you guys can't see those without a video, he's on a mid-range prop. He's six foot, seven and he's $599 on sale; that's show price, and that's a really good deal.

The detail is all the same, the amount of effort we've put into the detail on these props, it's not driven by the cost. The bodies are what the cost is. We try to be optional for people. We know not everybody wants to spend, you know, $900 a body sometimes the bodies out there are $1500, $1400, $2,000 a body. We want to put the same level of work into that as our most expensive body, which is all like $899, but a $599 prop is going to look the same as the $899 class. It's just a body, what's the difference?

Brian: Everything has an emotion to it.

Jerry: Well, people tell me my props have character. Right, they have characters on them, that they all have this look and the style. I'm like, "okay."

Brian: So, bringing it back to new stuff, what's kind of your new stuff this year that you're really proud of you've done?

Jerry: Everything here. I don't do any old props. You know, I had a haunted house come here, Mr. Massacre. He was like, "dude, where's the dolls? I'm redoing my doll line." I was like, "I didn't bring any dolls." He was like, "why not?" It's like, "dude, how many years I bring dolls here? I can't keep bringing the same stuff." I don't do that, I bring only new every year. If you want the old stuff, it's on the website. You're can order it and I'll give you a show discount on it. It doesn't make sense to keep bringing what I already brought, I want to keep it fresh every year.

Kim: My man here is one of the best here at Transworld. You want some good props, quality props at a good price, Creepy Collection. You got that from KimsKrypt.com/ in Spring Grove, PA.

Philip: Okay, Philip here, this is your trigger warning. We're going to be discussing themes of drug abuse and death, if those themes bother you, this is your opportunity to jump off and we'll catch you back here tomorrow.

Okay, if you're staying with us. I wanted to clarify that we weren't sure about keeping this part in the interview, but we kept it for two reasons. The first reason is that this is representative of the type of discussions that you have at trade shows, especially with the last couple of years and all the craziness that's gone on with that. The second is because Jerry's team wanted it included. So, to pick up the scene, we are about to meet Jess, which is an employee at Creepy Collection, and she'll take the story from here.

Jess: My cousin, my little cousin passed away from a drug overdose. So that was really, really bad news to get, well, this is all going on, and she used to work in the shop. So, you know, we were all close, so it was hard, but we got through it.

Jerry: I been here, I know what it feels like, it was like, my dad died from COVID, and the next day I had to go build the zombies, and it was killing me, killing me... I was like, I know how you're feeling.

Jess: I was like crying into the props. It was not easy.

Jerry: She refused to fall.

Jess: That's not our style.

Jerry: That's a whole new level for her. I wanted to share that with everybody.

Jerry: That's the heart that we have for what we do, like we don't stop.

Brian: It's good to have a good team.

One time on I was on Facebook, and I was at a dark moment, and I was very upset, very sad, very depressed. I was having team issues in 2017. I had a whole collapse around me of everybody who I thought was near and dear to me.

Brian: I think I remember that time.

Jerry: And I was left by myself, and there was no darker place to be then that very moment. John gave me advice that said, " get used to it, brother. This is going to happen again, keep moving forward." I was like, "yo, that's exactly the truth. You just got to keep going." And that's the message I gave her, it's going to come, we just got to work around it.

Jerry: And I'm very proud of, I'm actually very proud of how we evolved from it all, you know, especially me. 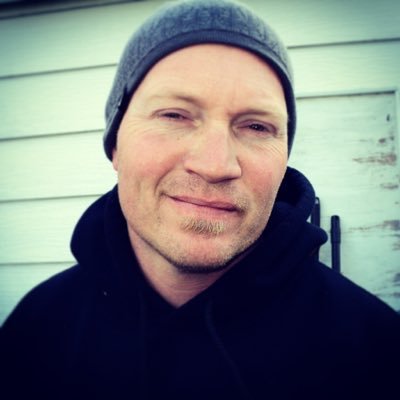 Owner and/or co-owner of HaunTopic Radio Podcast, ScareIt Badges, Dead Factory Haunted House, Haunter's Toolbox, and Scary Visions, Brian wears many hats and excels at all of them.