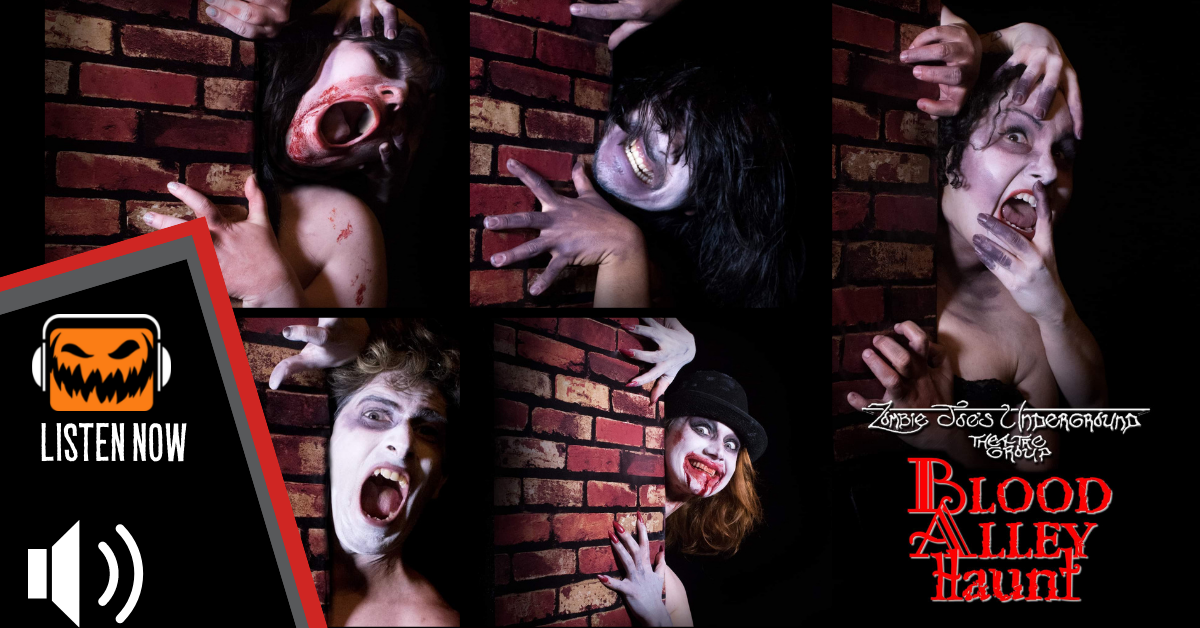 Zombie Joe's Underground Theatre Group Kicks-Off Their 30th Season with BLOOD ALLEY HAUNT – this weekend only – and we went on-location to find out more.

This weekend - Dare to Wind-Your-Way through a Forgotten Passage...Haunted by the Unspeakable Spirits of Its Diabolical Past! Blood Alley is showing March 11-13, 2022, and tickets are only $10 in advance.

Norm: As I stood watching a naked woman being strangled to the smell of incense in a dark alley, I thought, I'm home.

Philip: Can you tell us in your words, how it's different from your regular Urban Death experience?

Zombie: I think all the characters are connected and related to the happenings in the alley, whereas Urban Death kinda covers all different types of horror and different worlds and stuff in one show. Urban Death's also more, I think, a little bit more poetic, whereas this is just really you're catching kind of like horror and trauma on a loop kind of thing for Blood Alley.

Joe: This is Urban Death Tour of Terrors little brother. I'm Joe Filippone. I'm an actor, voice actor, scare actor, haunter, novelist, and now award-winning horror movie director. If you're a fan of the Urban Death Tour of Terror, if you're a fan of immersive theater, you're going to be into Blood Alley. There's some extreme stuff, and some not so extreme stuff, but you're just going to have to come through The Alley to experience it for yourself.

Charlie: I’m Charlie, I'm performing in Blood Alley. I've done a lot of like scare acting here, in this particular piece I get to kill people, and then I get to kill myself; just a normal weekend, it's great.

Charlie: Yeah, or in Hollywood, a little bit of both. To real, sorry. You stumbled into the darkest creepiest alley in Hollywood, and nothing's off limits basically. You're going to see shit that you wish you could unsee, it's going to haunt your dreams, but in the best way possible. If you've seen Urban Death before, take it up like three notches and that's what we got here.

It explores things that, like, you could only dream about seeing. I mean, there is definitely a lot of shock that goes into the pieces, but they don't rely on the shock as the scare itself, there is like the shocking aspects to it, but it takes it to another level, right? Like you see something in here and you're like, "oh snap, did I just see that? Oh, wait, it's taking it a step further."

Zombie: It's not really for younger audiences, right? So, I'm hoping everyone that shows up is at least 17 or 18.

Philip: It is intense. We should underline that...

Norm: This one is a lot more aggressively sexually, lots more violence, lots more sex. But that's a Blood Alley show as opposed to an Urban Death show. It's also budget friendly at 10 bucks a pop. $10 for a 15-minute experience. I mean, these actors are so fearless, seriously, you know. So, good on them.

Philip: So, it's clear, the show is intense, but I wanted to dig into that more. Why is that intensity so important for this show?

Jorge: So, Blood Alley, for me, has always been the most like punk rock thing that Zombie Joe's does. I'm Jorge Lozano, I'm the newly appointed General Manager here. Co-directed this Blood Alley Haunt.

So, we wanted to incorporate these new things that we've been trying to do with like haunts and walk-throughs, and incorporate that like gritty, punk rock, I'm going to do what I want and you're going to be forced to watch, type of thing into like a walkthrough, into a haunt. So, there's some weird stuff happening around me, and now it's really around me, right? So, what am I going to do? I just got to go through it, right? So, keeping that in mind was kind of what I always had while we were putting up the show and figuring out what the actors were going to do.

Philip: Why do you think that's important? Like that moving into that walkthrough gritty type of experience? Like, why does that interest you?

Jorge: Well, for me, I just like to experiment with the space. Like you walk into, at least for the people that have continually come to like Zombie Joe shows, they walk into the space and they're familiar with it. So, for me, it's been interesting to try to have them come in and be completely foreign to them and just walk into something that's fun, right? I feel like lately things with everything that's going on these past couple of years, it's like, "okay, Yeah, sure, you got a point, but just let me have fun, right? I just want to have fun right now." And I think this is kind of a show that's kind of trying to do that.

Joe: We need this like lighthearted, let me go for like 12 minutes, 15 minutes, however long the show is, and just lose myself in that and forget about what's going on in the real world, and just have some fun, have some laughs, have some shocks, and yeah, just be.

Philip: Why is Zombie Joe's Underground important to the community?

Joe: It's like those wonderful exploitation films of the seventies that everybody loves, but nobody wants to admit that they'll still go home and watch like a nice, like blaxploitation, sexploitation, nazisploitation, like whatever it is. In so many of those films, you can see how they influence the directors and the movies of today. I think it's the same with the theater. Like the experimental theaters, like you were saying, that we have New York, it influenced New York theater. And now, hopefully Zombie will be able to influence more people with the theater world here in LA, and more people will want to do experimental stuff, more actors will push themselves and get out of their comfort zones with sexual stuff, or nudity, or violence, or whatever, and realize the things that we make a big deal out of as actors, as theater goers, it's really not that big a deal. Like, people make such a big deal of like, "oh, I don't want to be naked in a show", or "I don't want to see nudity," or "I don't want to see male nudity," but then you do it and you're like, "that was no fucking big deal. Who cares?"

Jorge: For me, I don't have any sort of background in theater. I never wanted to do theater, and here I am running shows and doing stuff that I could never imagine, and my life has completely changed, 180. So, I think it's important because it really is freeing, it really shows people like what's possible. People walk into here and they're like, "whoa, I can do that? People are doing this? I want to do it." As long as you show up, and you do your work, and you come with like the best intentions to this place, we're welcoming bunch, you can do shows, and you can be in shows, even if you don't have like that sort of artistic background, which I didn't.

Philip: And this is your 30th season? So, what are you looking forward to this year?

Jorge: I just want to put up some like cool different shows. I really want to experiment with things that I haven't seen. Since I've seen it all, I'm excited to see what that ends up being. 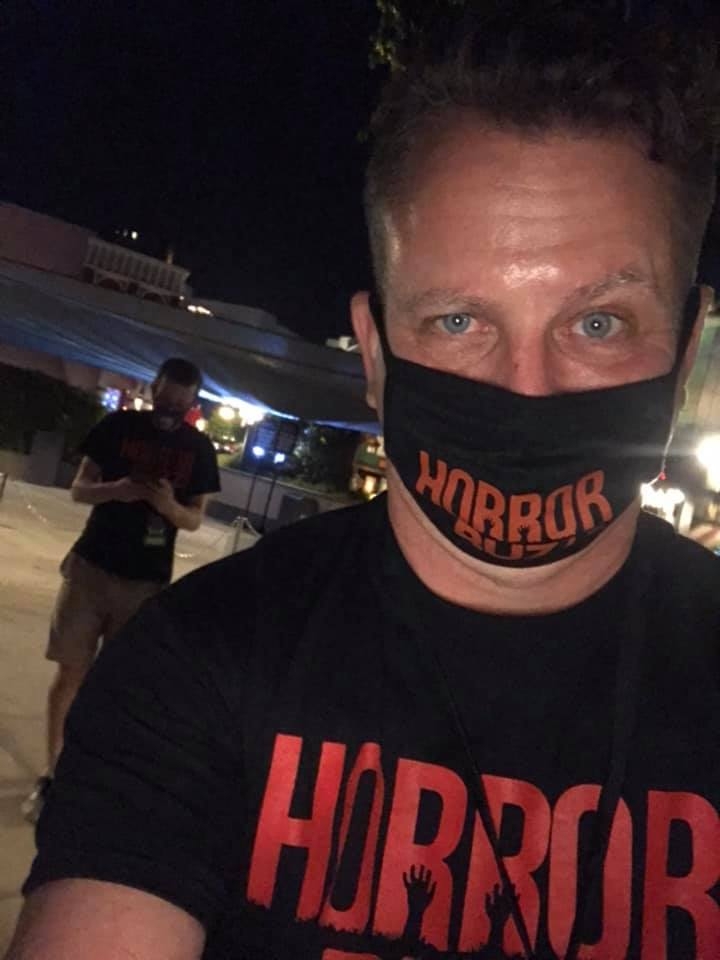 Norman J. Gidney is a Los Angeles-based film critic and writer. Founder of HorrorBuzz and writer for Film Threat, Norman grew up in Southern California learning to read by scouring the Calendar section of the Los Angeles Times and is an avid film fan with a special love for horror and genre films. His goal is to champion horror, queer cinema, and the independent filmmakers who sacrifice everything to tell their stories.

Jorge Lozano is a director working with Zombie Joes Underground theater. Some of his credits are The Circus of Values and The Horror 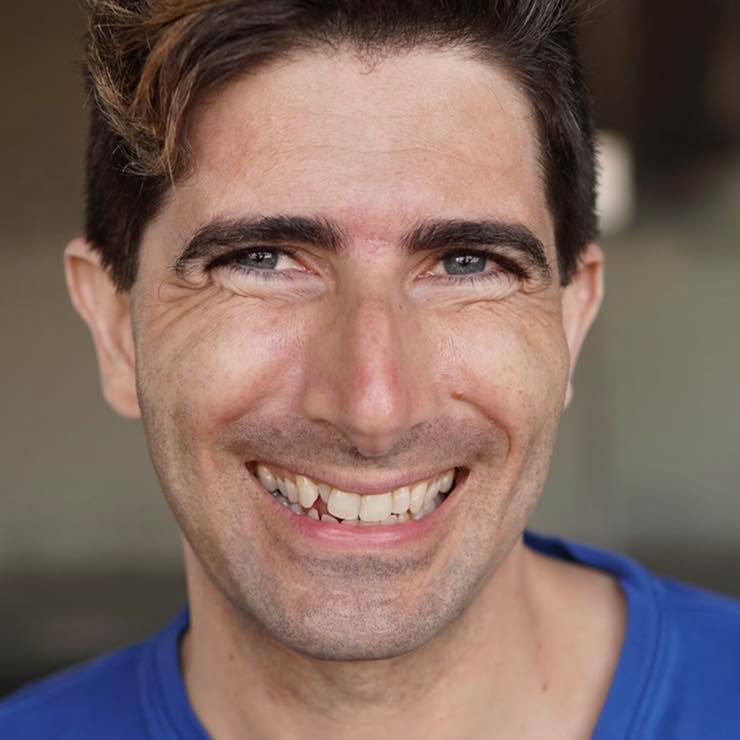 I am a hard working goofball who always tries to see the positive and the life lesson in everything. I give 100% to everything I do. I don't believe anything is impossible. I am loyal and have a deep faith and am also a strong believer in visualization and manifestation. I am also an advocate and activist for equal rights for everyone. I would love if we were able to wipe out hate and homelessness and starvation in my lifetime.