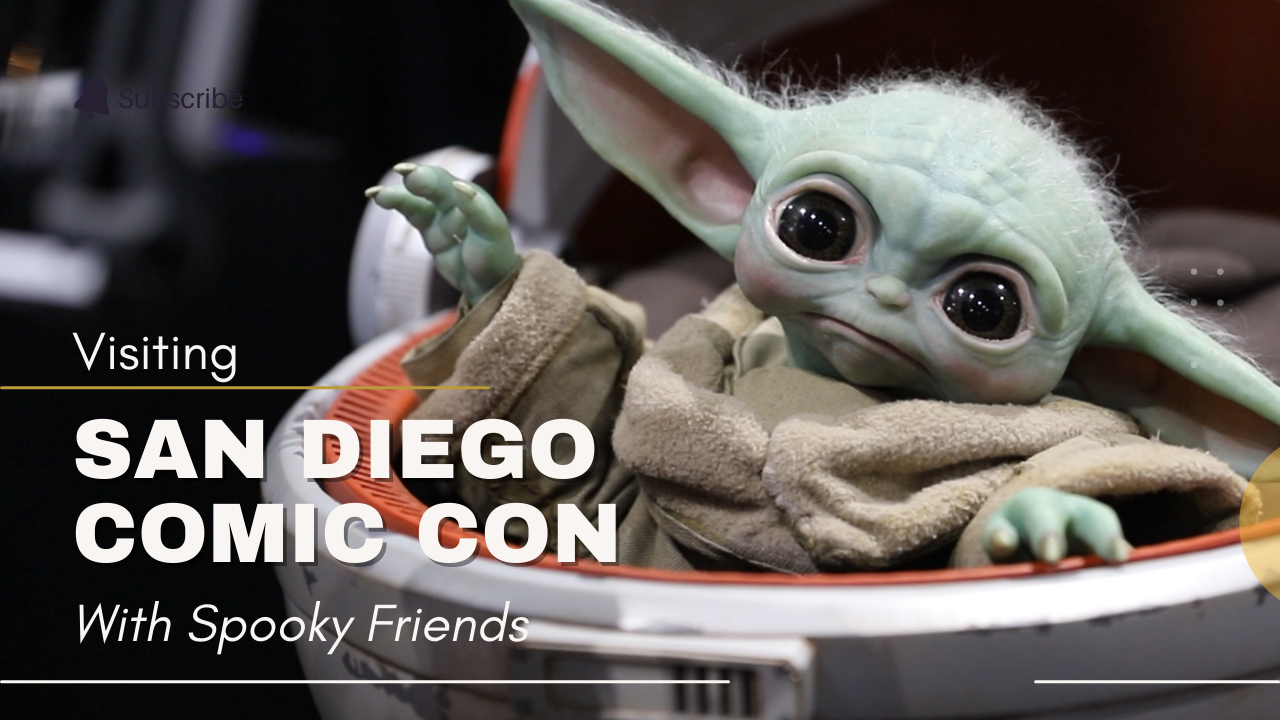 Philip: This past weekend I went to San Diego Comic Con, and today I'm going to play three interviews from haunts who were there vending. First up is Garner Holt. Garner Holt is infamous for their animatronics, special effects, and show action systems. You might be wondering how Garner is related to haunting. Well, let me tell you, besides having made the Haunted Mansion holiday overlay for both Disneyland and Tokyo Disneyland, Garner himself started his career making mazes. You can hear more about that in our previous episode with Garner, I just wanted to give you the background. For San Diego Comic Con Garner Holt made a Grogu animatronic, and it was incredible. Here's Garner to explain more.

Garner: Hi, I'm Garner Holt, president of Garner Holt Productions in Redlands, California, animatronic producers for theme parks. Well, Grogu premiered here at the show at Comicon '22, and we're happy to have him here. He's caused quite a landslide of interest, we've had traffic jams in front of his debut there for quite some time. He's quite a little character. He is totally self-contained in his pram. He's got about 15 animatronic functions. There are versions of him that are as much as 25 different functions. He's very expressive, has a lot of facial movement, a lot of body movement, arms, and that type of thing, hands. The control systems that are used are miniaturized control systems, they're aircraft quality, basically all the miniaturized controls are inside the pram itself, and all of the animation functions are inside Grogu.

It's not easy to get glass smooth animatronics in 15 to 25 functions in something the size of a large watermelon, or medium size watermelon I should say. But he's quite the character, and he is very expensive. We've had people over there that have come to the booth to see him that have burst into tears, because they feel like he's alive, you know? And that makes us feel really good, it was like, we've really accomplished our goal of creating the illusion of life.

Philip: Next up, we found some retro Halloween masks.

Doug: I'm Doug P'gosh, Creative Director for Retroagogo.com. Well, Retro has been around since 2004. We started out making low brow stuff, rockabilly, hot rod, that kind of stuff, and then we included monsters and Tiki. This stuff here is my personal artwork, kind of like my own personal fascination with the low brow culture, and it just kind of kept expanding.

Over the last number of years we started really expanding the horror stuff, because people were really loving what we're doing, and about five years ago, we did these giant wall decor. These are inspired by the vintage Halloween costumes when we were kids, nobody was doing anything with vac form, and we figured out a way after about two years of mistakes and screw ups, we finally started getting something we liked. What we've got is a cardboard backer, and it's attached to the front. It comes right out of the box with a hole in it. You can hang it up on as little as a pin in the wall or a light nail, and they come in giant window boxes, just like the old kids Halloween costumes. Peewee Herman put him on his blog and put it along with his Halloween costume, and just like that, we kind of blew up overnight with these things

Philip: Finally, we caught up with Tabitha from CFX. Tabitha was on previously to discuss their new Unseelie mask during Transworld, but they brought another new mask to Comic Con as well.

Tabitha: Hi, I am Tabitha, and this is the Composite Effects booth at San Diego Comic Con. So, last time you spoke with us, we had our Unseelie mask, but now we have our beautiful, Forced Smile mask. He is our newest mask design, we have a few variations out on him right now. He can come with wire or without wire, and we have so many more variations coming down from him in a little bit here.

What makes him unique is he is one of our most natural humans/clowns that we have done in quite a while. He is also one of the designs from our Design a Mask contest winner, Dylan Macko. We have been really excited to have him come through production for us and really excited to have a brand-new clown, creepy guy for you guys to come play with. You'll see us next at Midsummer Scream in Long Beach, and you can find us at booth 549, kind of right in the middle things, we will also have a 10 by 10 corner booth there as well. 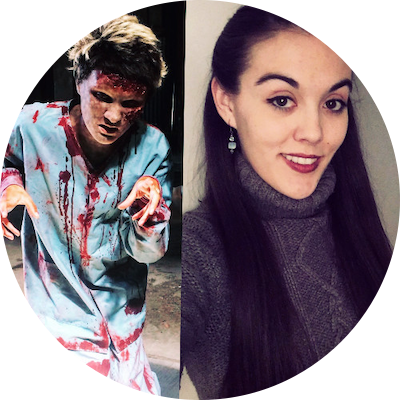 I like to consider myself a “Jill of all trades” as I have worked in many fields, and love learning new things. I was born and raised in San Diego, with a passion for the arts and pop culture. Besides CFX, I love and live Halloween and haunted attractions.

From 2006-2013 I was employed at the Haunted Hotel Inc as an actor and then actor manager before moving to the Bay Area in 2014. I am the Operations Director for ScareCo Haunted Attraction which is relocating to the Baton Rouge, LA area in 2021.

At Sea World San Diego I was employed in Park Ops and as a Photographer working through several seasons and through multiple business changes. I helped launched the new Corvette Diner and Gamers Garage with the Cohn Restaurant Group in San Diego as a hostess and "soda jerk" and promoted to Server and team leader during a 4 year employment with the company.

With Premier Business Centers I was employed as an administrative assistant in a shared office space for in house and virtual clients where I learned valuable skills that I applied once I moved to the San Francisco Bay Area and I became a Sales Administrative Assistant for Hyatt Regency in Santa Clara, CA.