URBAN DEATH: Behind the Scenes of Cannibal Corpse

We’re going behind the Scenes of Urban Death Cannibal Corpse at Zombie Joe’s Underground in North Hollywood. Today’s episode is a recording from our first meet-up of the season which we did in partnership with Horrorbuzz. We often say that Haunt is...

We’re going behind the Scenes of Urban Death Cannibal Corpse at Zombie Joe’s Underground in North Hollywood. Today’s episode is a recording from our first meet-up of the season which we did in partnership with Horrorbuzz. We often say that Haunt is theatre you walk through, and the line between haunt and theatre is especially close with immersive horror theatre like Zombie Joe’s. If you’re a fan, it’s a fantastic look behind the curtain. If you’re a haunter, it’s an example of partnering with IP to act as inspiration for your show. Subscribe: https://linktr.ee/hauntedattractionnetwork

Host: Ladies and gentlemen, thank you so much for coming tonight. Tonight, we arranged a very special Q&A with the Director of the show, the Creative Director, along with the cast.  This is something that you rarely get to see, and it's presented by Horror Buzz and Haunted Attraction Network. Without further ado here, let's go for it.  Jana Wimer, the director of this version of Urban Death. And, of course, Creative Director Zombie Joe. Then, of course, this show would be nothing without the unbelievable cast, you guys come on out!
Congratulations on an amazing show tonight, that was ridiculous. I don't know if you guys are fully aware, but this is their 30th year as Zombie Joe's Underground Theater. 30 years! So, first off, Zombie Joe's underground theater has been doing theater for a while, but Urban death was something that came about in 2005. As you guys saw, this was it's a combination of Grand Guignol, Butoh, Theater of Cruelty. Can you tell me, Zombie, how you kind of came up with this format and what inspired it?

Zombie Joe: We were already sort of doing kind of episodic theater, and Janna and I were kind of dabbling in horror theater. We just started having quick conversations, before you know it, I think the first one was like in July of 2005?

Zombie Joe: We put that first show together really quickly, and we loved what we were doing, and that kind of began to join.

Jana Wimer: The show was born out of the darkness of this theater, like the first show I saw here, the lights went off and it was pitch black, and you don't see that in theaters. For me it was always like, man you can just like turn those lights off, to turn the lights on, then they can see whatever. You know, like, who knows, you put anything in front of them and they won't have any idea it's going to be there when the lights come up.

Host: Cannibal Corpse how... I mean, I suppose it's a marriage that, I mean, made in hell, but how did that idea kind of come about?

Jana Wimer: Well, Kevin Mancot, who composed the music, we were a huge metalhead. Coincidentally, I saw Cannibal corpse in '94 at the Cadillac Club in Fresno when I was like 20 years old, but that's like a whole... I just age myself. Their new album came out year and a half ago, or something like that, we were listening to it, and I was like reading the track list on the back of the CD, yes, he still gets CDs. I was like, "oh, this sound just like an urban death set list," and so here we are.

Jana Wimer: No, yeah, go ahead.

Jana Wimer: Yeah, well, you know it's just, the show wrote itself really. We had more choices than we... just everybody came in with ideas and it was so easy, it was so easy. It really was.

Host: Now, what's really interesting to me is how these types of particular shows come together and your creative process. It's pretty collaborative, isn't it?

Zombie Joe: So, can you walk me through kind of the audition and then the first rehearsal, and you guys were like, OK.

Jana Wimer: For this show in particular there were no auditions, I just got the cream of the crop cast-wise.

Host: Obviously, yeah, they're amazing. So, when you come to rehearsal and you guys have this, this setlist, Fucked With A Knife being one of them, how do you guys go, "OK, this is how we're going to stage that." I mean, is it you guys saying it or is it the cast developing it with you?

Jana Wimer: It's kind of both. You know, as a director, I obviously have final word and like you know, I'm the one ultimately shaping the show. But it was very collaborative. This is an amazing cast, most of them have done several Urban Deaths, and you know some of the pieces I was like, "yeah", you know it's totally how they created it, I barely touched it all.

Host: Excellent, well it was a ridiculously amazing job, you guys. I'd like to ask the cast, is there a scene that any of you guys did that is particularly your favorite that you've done in a long time? Ian, did you enjoy being in a Nazi costume?

Ian: You know, when that one got brought up someone else demoed it, but I sat there the entire time thinking, "Oh, that's going to be me." But I have to say, dying horribly as a Nazi and feeling my face contort, that was a great feeling.

Host: I mean, most definitely.

Jana Wimer: They Deserve To Die is the name of that song, by the way.

Host: Oh, well see, that works. Alief and Jonica, the two of you are so good as the Siamese twins. And if you guys notice, if you look down, there's only two legs. OK, so they're kind of stuck. How in the world do you guys do that?

Alief: Well, the fight is for real, and it is 200 degrees in there. So, I was slippery like a fish. Jonica is wearing more clothes in that, but I am naked. So, he's trying to take a hold on me, and I am like trying to help with, so the anger is for real.

Jana Wimer: Demented Aggression is the name of that one.

Alief: My favorite piece in this one, it has a back story. Because we are not allowed to eat in the theater, Zombie will like murder us.

Host: But he will offer you a bottle of water.

Alief: Cockroaches, the Chinese restaurant, he has a whole spiel about it. I get to eat on stage.

Host: Well, and very good too, right? Yeah, that is amazing.

Host: Well, I would honestly like to open it up to any of the audience. Does anybody have a question, there's one right back there, go ahead.

Question: An important part is in the editing, how do you decide what goes too far?

Jana Wimer: Yeah, I mean, we kind of don't really censor ourselves. Sometimes there's pieces that I wouldn't do at a certain time that we've done, like I wouldn't do a certain piece now. And it's usually the pieces where I'm like, "I don't know guys, this might be too much," that get the best reaction.

Host: I really like that you kept the newborn butcher.

Host: Yeah, the butcher at birth scene in, especially with today's news. Another thing that I found that I'm fascinated with is the dressing room space that you guys have to deal with. How big is that?  What 8 by 8? 10 by 10 maybe? Right, and how many people are in the cast?

Host: So, there's eleven people cycling through there and changing silently, and in the dark. How does... How do you guys function back there?

Cast Member: I'd like to answer this because this is my first urban death, but my second Zombie show. So, my husband, the Nazi, who has done many an urban death. When I was invited to join the cast, I was like, "well, I did I did a musical, I know how the backstage thing works." And he just shook his head like, "you have no idea." And it really is... One of the biggest things, I think, to be able to be part of this cast is not just being able to fearless on stage, but to get your shit together backstage and be able to just get your costume set, not get in somebody's way, help them change, help each other, constantly make sure everybody's got what they need to get done, we've got a whole pile of makeup backstage. I'm marking up Gina with blood on my fingers, I'm putting his thing on as he, you know, sucks the life out of me, and the way it works is honestly magical. Like, there's no other way to describe it because we didn't rehearse like, "how are we going to do all this?" We just did it. Every time you're done with a costume piece you're not done, throw it in the discard pile, and then at the end of the show you just throw it all and we pick up our costume pieces and hope nothing is...

Ian: And you're all welcome to help us sort through them.

Host: I would love to see an urban death noises off type of a situation going on where there's like, you know, we really see this stuff. Anyway, there's a question over here.

Question: I'm in awe of the silent, pitch black, scene changes, and literally every change I was like, "how did they do that? How did they get out there? How did they find their mark? How did that lamp get on the floor over there?"

Alief: There's no magic, it's getting hurt.

Host: To the cast, you guys completely rocked it, and this is easily one of the better urban deaths that have been staged here in this humble little space. So, I salute you, congratulations, it was very good. Zombie, brilliant, brilliant job. And of course, Jana, you fearlessly lead this entire show. 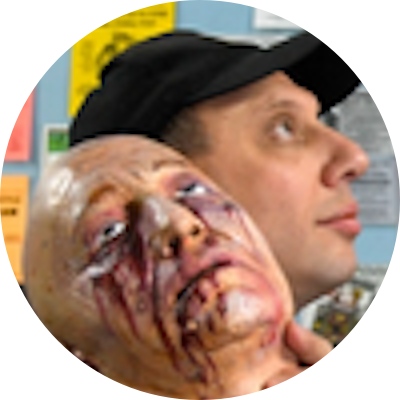 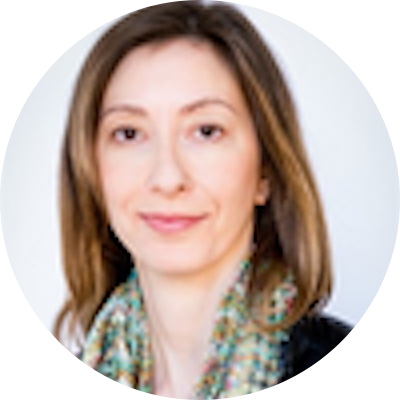 Jana Wimer created Urban Death with Zombie Joe, and was instrumental in its critically-acclaimed runs in New York City; Cape Town, South Africa; and Edinburgh, Scotland. She has served as director, actor, scenic artist, costume designer, lighting designer, sound designer and puppeteer for countless shows. She studied puppetry with Muppet artists and also has an extensive background in art and music. Jana was recently hired by Paramount Pictures to write an immersive horror experience for the Paramount Studios lot.