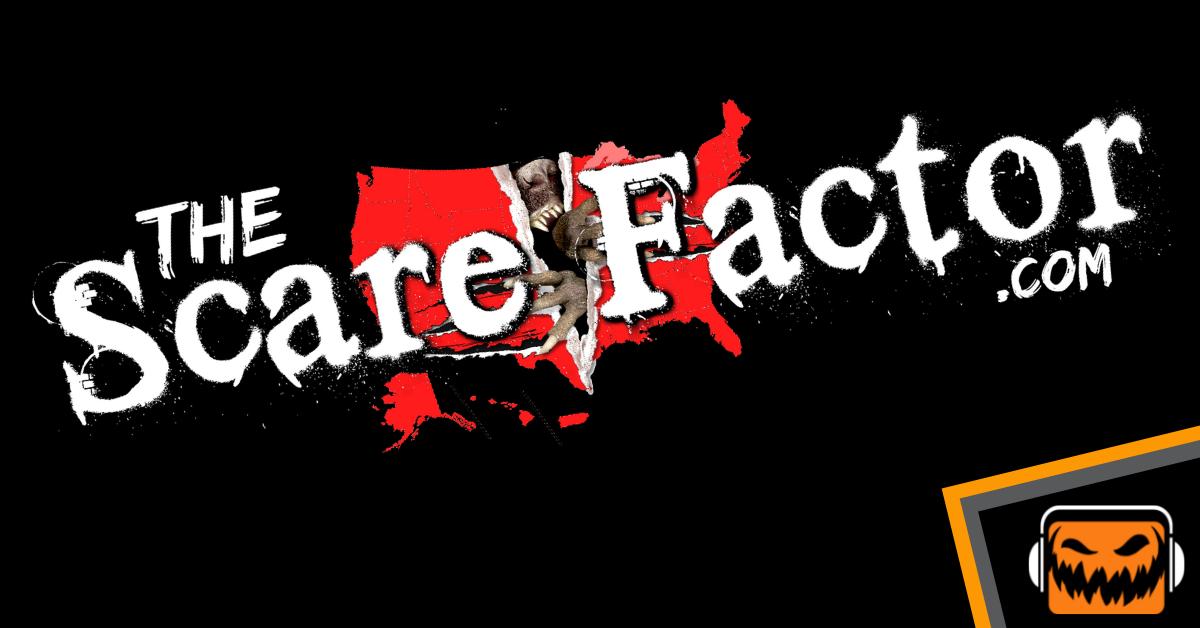 The Scare Factor is a nationwide haunted house review website and directory. Today, we’ll learn about an opportunity for free and paid advertising for your haunt on The Scare Factor.

The Scare Factor is a nationwide haunted house review website and directory. Today, we’ll learn about an opportunity for free and paid advertising for your haunt on The Scare Factor. And if you don’t have a haunt, you’ll learn where to find the best ones.

This is part of our vendor showcase series, in partnership with the Haunted Attraction Association; This interview was recorded after Transworld by Nora and Tyler.

Tyler: What's going on, everybody? Tyler here at TheScareFactor.com, and we are coming at you here from the offices of The Scare Factor. We just came back from the 2022 Transworld Halloween and Attraction Show in St. Louis. While we were out interviewing the vendors for The Haunted Attraction Network, we didn't get interviewed ourselves.

Nora: And we are HAA vendors, so we thought, "why not do that ourselves."

Tyler: So, I've got Nora here with me, and so we'll just dump right into it. So, tell us, Nora, what is the Scare Factor? Give us the elevator pitch.

Nora: TheScareFactor.com is a nationwide review site and haunted house directory. So, we cover over 2,500 haunted houses on our directory, it is 100% free to be listed in that directory, and then we have around 15 current active review teams that are all over the nation that go and review haunted houses for us.

Tyler: And in Canada.

Nora: Yes, we do have one team in Canada.

Tyler: So, what would you say the most popular part of this Scare Factor is, or what's our most "most popular" product?

Nora: For the haunt owner side of it, I would say it would be our directory listings, because we offer a lot of places for them to put information on there, and pictures and videos. I would say most of those take advantage of that right off the bat. Because we do have additional things that we offer, and that's definitely something that always everybody kinda wants. They all want their attraction to be listed and show pictures.

Tyler: Are we offering anything new for 2022?

Nora: We are. We've gotten into the paranormal side of things so we could offer people stuff during the off season. We're doing like a season one on our YouTube channel of Haunting With Haunters. So, in the haunt industry, what is this new and how does it help the haunters? Well, we can investigate your building if you think it's haunted, and if we come up with evidence from that investigation it kind of helps push your haunt a little bit. Because who doesn't want to go to a haunted, haunted house?

Tyler: A hundred percent. Now, I will add the caveat that not all of the teams are out doing the ghost hunting stuff.

Tyler: So, if you are near one of our teams, and that team is also helping us expand into the paranormal stuff, then yeah, reach out and maybe we can do something on your building. So, next question would be, what would you say is one of our most underrated products?

Nora: I would say one of our most underrated products is our premium listing package that we do for advertising banners on our website. It showcases it in front of a larger audience, because it's in a lot more places on our website. So, not only does it get like the homepage banner ad, but if you're on a state, let's say Michigan for example, we have our interactive map at the top of the website and it's going to show that attractions banner right below that. It's going to put a bigger image where that attraction is actually listed under its city, and then for every single haunted house in Michigan, which I believe there's around 60 or so, it's going to show that attractions information in their pictures at the bottom of each one of those listings. So, it has the potential to be shown to a lot more customers.

Tyler: Yeah, it's sort of like an "other attractions you may like" type of section on all of those other haunt's pages. It's a really good way to take advantage of some of the real estate on the website. Now you can definitely get seen first by some of our normal directory, or what do we call those,

the state banners, and that just gets you right at the very top of your state's page on our website. Those are really good for capturing attention right off the bat. But, if somebody happens to just get past that and just starts clicking around on the map, and misses it by chance, even when they click on to a different haunt's page, you still have one additional chance to be seen on that haunt's page too. So, it's really good way, and those are very competitively priced. Give us a general overview of how our trip was this weekend going to Transworld.

Nora: It was an absolute blast. We learned a lot of stuff. We met so many people, we saw so many people we hadn't seen a long time, we made some really good connections. This year we obviously were going around and interviewing some of the HAA vendors, and some non HAA members, which they need to be, but Hey, no, that's okay. But we tried to interview as many as we could, and we didn't want to get in the way of sales. We know they're there to do that, so we got as many in as we could.

All the way from doing that, and talking to those people, and learning about what they offer to the industry, all the way to having haunters sticking shots in our pockets at night. It was a really good time, we're so worn out, I bet we could sleep for a solid week, and anybody else that was there would probably agree. But it was a very, very successful show.

Although Tyler and I didn't have an actual Scare Factor booth, we're more so into providing media anyway. So, being able to walk around and provide coverage and help the Haunted Attraction Network do that, it was very successful for us. We talked to some new vendors on the floor that were offering some products that we hadn't quite seen before, and all like the 40 some haunted houses we go to every year. You know, we were seeing some things that were very new, and we also talked to a lot of haunts that don't attend Transworld for various reasons.

So, we have a lot of information that we can take to them. We've taken some pictures for them, so they can look at stuff, you know, giving them some vendor names and things like that. But the connections made this weekend were just, like phenomenal. I don't know how else to describe it.

The vendors that we were talking to were having record breaking sales. The vendors did a very good job at bringing some different products to the show. Things, like I say, that we've not seen before. We were hearing from some of our friends that Universal had bought products from them, and it was just so cool to see everybody successful.

Tyler: That one was really cool in particular, because we actually had been reviewing them for several years now, and we actually watched them turn pro from being a home haunt. They're just running some stuff in their backyard so it's really crazy, and it's just awesome to see them growing like that.

Nora: They're quickly becoming one of the biggest vendors in there, because they're able to offer such a variety of products. So, we'll have an interview of them coming up too.

Tyler: We don't want to round it out without giving a huge shout out to Philip and Emily with Haunted Attraction Network for entrusting us to go out and do this reporting for you guys. We really thoroughly enjoyed it, we're super glad that we can be a part of it, looking forward to contributing much, much more to the channel here, the network, as the season progresses, and as more and more seasons come. We will be continuing to do trip reports later on the season, so if this is your first time listening to the network here, don't forget to follow and check out.

And, of course, our website is TheScareFactor.com. So, I think that pretty well concludes this particular interview. We're going to go ahead and jump off here, thank you all for listening again. We are going to head on out to the next adventure here. Hopefully, we'll see you there, until then, stay scary. 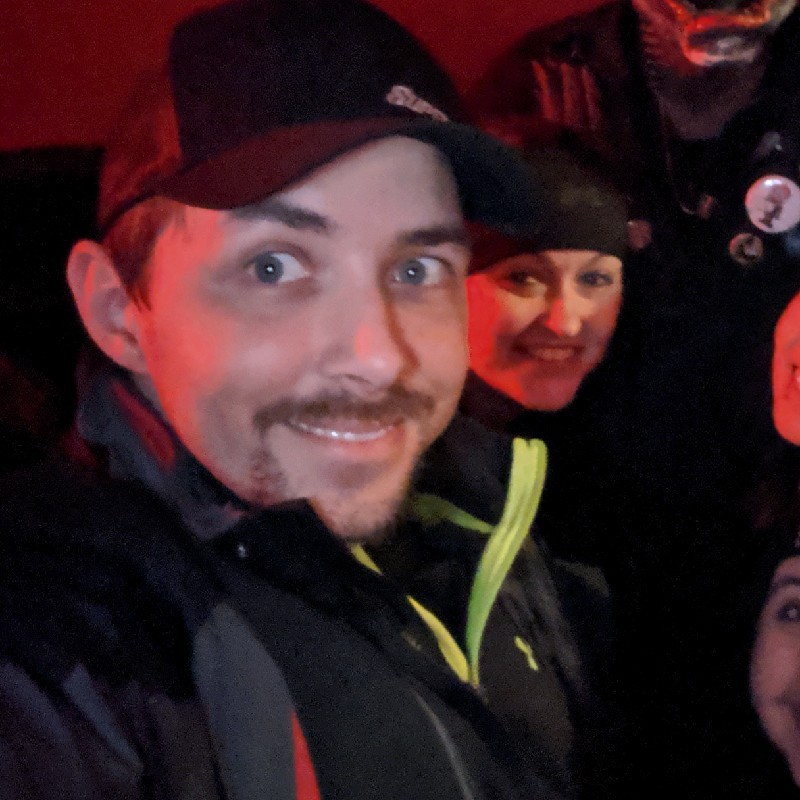 Co-Owner of Scare Factor and Part of Team Zombillies, Nora visits haunts around the country doing interviews and reviews.