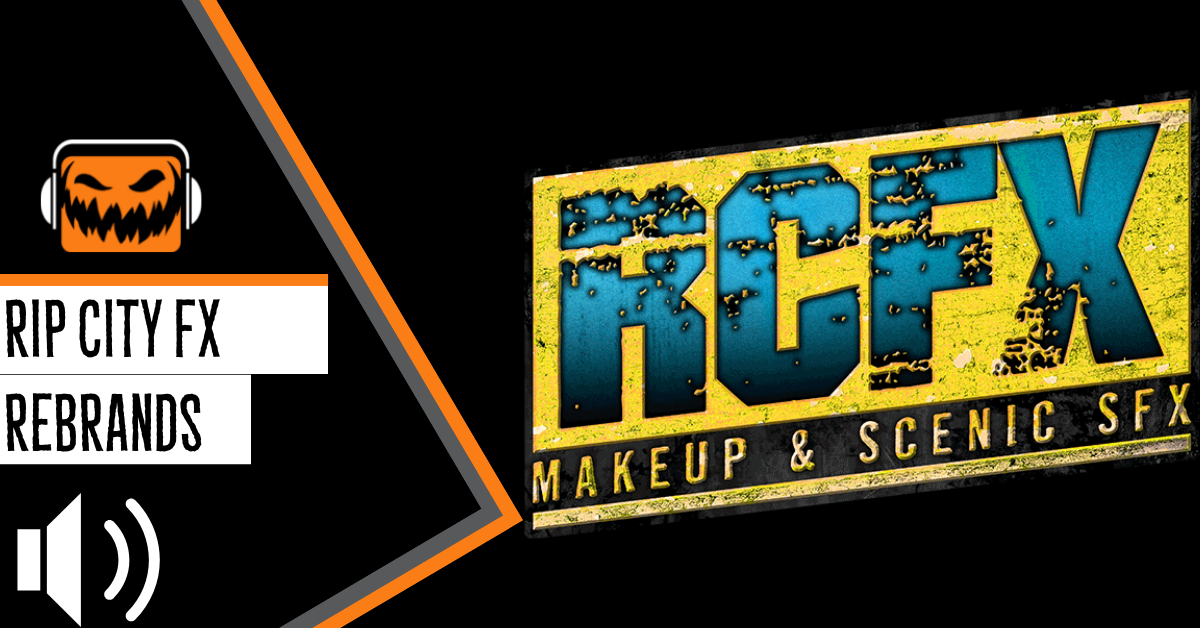 RIP City has rebranded to RCFX after seeing demand for their makeup grow in the mainstream market.

RIP City has rebranded to RCFX after seeing demand for their makeup grow in the mainstream market. In this episode, we’ll learn about the rebranding and why all that extra sanitizing might be here to stay in makeup rooms.

Philip: Coming up. RIP City has rebranded to RCFX after seeing demand for their makeup grow in the mainstream market. Today, we'll learn about the rebranding to RCFX and also why all that extra sanitizing that we added to makeup rooms might just be here to stay. Here's Shalee.

Shalee: Everybody knows me as Shaley Cheetah, but I'm now Shalee Mudgett, I got married last year, and we own and operate RCFX, which was formerly known as RIP City FX.

Nobody has five, six hours to spend on a makeup. It's, you're in the chair five minutes and out. So, a lot of our makeups are really quick, easy, you know, quick coverage, fine line detail, quickly with airbrush, stuff like that. So, we were, originally, put out for the haunted house industry. A lot of our makeups were specifically made for haunted houses and to stay in place. I mean, you get an actor who's working five, six hours, they're a sweaty grotesque mess, but their makeup is still pristine, looks like it just got put on. So, it's a lot of what our makeup is set aside to do, is to get you through an entire night.

Philip: As you mentioned already, but let's dig into it a little bit, you changed your name recently and your colors and your brand and all that.

Shalee: We did. So, we're under complete new ownership, and I wanted to move in a different direction where we are haunted house based, but we do have a lot of other companies now starting to use our products. The gas mask, and the red and black, and dead and everything just really wasn't conducive to general public. It was great for haunted houses, do not get me wrong. The haunt industry, absolutely great. We just really thought it was best to, you know, rebrand, re logo, get away from the black and the dark.

I think I personally started it in our little chats and everything, cutting it down to RCFX, which is really simple to write out. You didn't have to put out that big, long name, and so we just kind of ran with it.

Then Chad Savage with Sinister Visions, helped us, we just collabed together. He threw some designs at us, we kind of determined that we really wanted a super poppy logo, super poppy colors. So, you'll now see RCFX in blue and yellow. In my opinion, the blue and the yellow really just pops off the labels, now, of the products.

Philip: Where can we find you at this year's Transworld?

Shalee: We are going to be in our normal space booth 832 and 833 back by the back roll up door, closest to the Dark Zone.

Philip: What else can we expect for you to be bringing to Transworld this year?

Shalee: We are bringing, obviously, our full line. We have cut some colors, like our stage bloods and stuff, they just weren't great sellers. So, why make them and bring them if they are in great sellers?

So, we're bringing a lot of our standard normal, our fast liquids in all 10 colors of the regular colors, in all eight colors of UV, the matching airbrush. We've got our UV paint packs that a lot of people really like coming and getting, all eight colors.

Our Transworld special for this year is going to be, if you purchase anything over $500, you're going to automatically get 15% off. We will be taking online orders, and obviously cash and carry from the show floor. We can't combine the two, but if you are doing a show floor order and an online order, I will put that 15% off on whichever order is greater, if your combined order is over $500.

Philip: If they were unable to make it to Transworld this year, then they could place the order online during that same timeframe and reach out?

Shalee: They could, and anything over $500, it would automatically apply 15% off.

Philip: Is it the same dates as the show for that online sale?

Shalee: Yeah, same dates as the show. So, Thursday through Sunday. Obviously, the show on Sunday ends early, but that discount will go all the way until 11:59 PM.

Philip: And you're also going to have some unique demos happening at the booth this year.

Shalee: We are. Taelor Cansler, she is very widely known in the haunt industry for her makeups. So, she'll be doing some makeup demos and some airbrush paint demos with what we're able to do with our UV airbrush paint, our UV paints. Then her crazy monsters that she makes out of Star and Holly, and she's got some pretty amazing things planned this year.

Philip: This being your seventh year, you've been in this awhile and you also have haunt experience, you kind of see multiple perspectives. So, talk to me, are you seeing any trends right now that in makeup for 2022?

But, we did find that a lot of people were really seeking out the alcohol based makeups, sanitizes as it goes on, you have to use alcohol to get it off. So, it's sanitize, sanitize, sanitize. So, we really saw the big pickup with our alcohol airbrush and our alcohol fast liquids; just because they're alcohol based, it's sanitizing as it goes on and it's going to kill whatever you may find in the air that lands in your line, or lands on your skin, or whatever. We had some of our best sales during COVID, because everyone was so looking for that sanitization during the makeup application process, and the alcohol-based makeups really did it a lot better than the water-based.

Philip: So overall then it sounds like you were seeing that this attention to sanitizing in the makeup department is going to be carried through this year?

Shalee: I definitely see that happening in the haunts that I know about, and especially ours. A lot of the body painters and stuff that I know are really doing a lot of things a lot more sanitary now.

Philip: Okay, so kind of like, we're not going to go back, and it has other benefits as well. You know, it like the common cold, and like you mentioned, the haunt crud, those things can really knock out some of your cast members, and if you can do simple things like this to help stop that it would help with your staffing this year as well.

Shalee: Oh, absolutely, yeah. I know definitely we were able to keep a majority of our staff, and if they did come down with anything, they didn't get from where we were at, because no one else got sick. It really was a push by our makeup artists to really, you know, only use those alcohol-based makeups that we have, and really just cleaning and sanitizing between everything.