Delusion is back at the historic Phillips Estate with a brand-new horror experience. Valley of Hollows, playing select nights through November 20th, explores American cults in the 1970s with a supernatural twist. The story concerns a cult called ‘The...

Delusion is back at the historic Phillips Estate with a brand-new horror experience. Valley of Hollows, playing select nights through November 20th, explores American cults in the 1970s with a supernatural twist. The story concerns a cult called ‘The Hollows,’ formed after the disappearance of Esther Phillips over twenty years ago. Fanatics worldwide have come to the Esther estate, driven by rumors of a gift beyond this life. Guests play the role of ‘Deprogrammers’ – those meant to help rescue people from the influence of cults. Today, Manny from our team went on-location to the media night. First, you’ll hear the opening remarks from John Braver, and then Manny will sit down with John for a one-on-one. Follow along to our Hauntathon: https://linktr.ee/hauntedattractionnetwork

Jon Braver: This is our 8th season of Delusion, and I'm here for you. If you guys have any questions I'm just excited to get you through to enjoy Valley of Hollows, which is a departure from a bit of, you know, the turn of the century kind of feel, now we're sort of in the 70s at this point. Not sort of, we are in the 70s, my birth year, 1974. Oh my God, I'm old. I feel it this year for sure.

Jon Braver: Every year I'm trying to do something a little unique and different and, I write stories to Spotify playlists usually, and it's usually classical, kind of eerie old-school music, but I decided to change it up to a 70s psychedelic rock before I even started writing. So, I'm listening to that music, and I'm writing a sequel to last year's show, but then I got about 20-25 pages in and it was like the music was infecting me, so I just threw away those pages and started a whole new script based on 70s cults. Just hearing that music, that's how it started.

Question: So, just generally, when you're creating a new story, what do you consider to be some of the pinnacles of telling a fresh and entertaining story?

Jon Braver: It all comes down to that story that we're going to tell, and the moments that people will engage in that story and help kind of shape it. So, Delusion has always been, the whole tagline of play your part is a real thing, it's not just a gimmick. So, I'll write in moments that are pretty key to moving the story forward so people feel the agency, they feel that they're connected to the story, and they're part of it. The pinnacle of Delusion really is, for me, having people feel like, "Oh my God, I'm a part of this. I actually created this, helped to create this story." So, that's happened every year and we're trying to focus on that stuff.

Jon Braver: We tried to do something like that with The Blue Blade, which was a show in 2018, it was like a sci-fi thing, and we tried to put it in the spring, and people loved it, but we just it just didn't keep going. Also, because we had difficulties with the venue and all that. That said, it's like, I would love to do something like that and I am writing two projects like that right now, but it's hard because like if you're going to do horror people say, "well, just stay in the magic season," right? Stay in September to December and that's it. I find that LA, that is the window. I'm skeptical about living outside of that window if it's horror.

Question: How about trying to extend your stories beyond the event with shorts, podcasts, or anything else?

Jon Braver: Hell yes. The idea is to, like definitely make a TV series and a film based on Delusion. The universe has a lot of stories, there's a podcast I'm writing now too. So there's a lot. I desperately want to live outside of this, as much as this is fun, but it's sad to me when we launch it and then it just ends, and then that's it and everybody just goes about their life, and the story just kind of ends.

Jon Braver: I am John braver, the writer and director of Delusion Valley of Hollows. This is our 8th season in Los Angeles. Story is really key to the Delusion experience. I feel like the whole immersive thing can be in any kind of medium, book, TV, theater, and all that, but everything comes down to story. So, if you don't have a good story, all the work you put into it kind of dies,

Jon Braver: Delusions got a linear narrative with some branching narratives from time to time. That's what really sets it apart, like a really rich story for people to engage in, also live sound design, creature effects, practical creature. I mean, you're really living inside of a movie, that's basically what Delusion is.

Jon Braver: There are some creatures, this year, that sort of defy reality. You're not seeing a visual effect, but this is real, so it's like tangible, you can almost reach out and touch it, it's 3 dimensional it says it's 4 dimensional, it's right there in front of you. Seeing a stunt or practical feature manifest itself for real, seeing people screaming, freaking out, or grabbing hold of somebody else and coming out of the show hugging each other and talking about it, there's nothing better.

Jon Braver: I worked on Haunted Mansion and a Disney film a while ago, and all these other horror films from the past, and so I'm bringing that quality of the film world into this world. These guys are just excited to do it because it's something different than being on film. It's, "hey, let's see if we can pull this off for real multiple times per night, if I can creature act in these suits." Kind of taking the imagination, the fantasy of movies, and putting him into reality. So, when people can feel as if they're inside of a movie that's the pinnacle for me. That's why I was saying earlier, there's nothing like it.

Philip Hernandez: Next, John discusses how he got started writing worlds like this.

Jon Braver: It began with the old school fantasy, role-playing games and you know, yes, D&D, but also like the computer games where you would be living inside of that world with your friends. So, I chose to play those games with friends instead of, you know, go out and meet girls and get laid. I took care of that stuff later.

Jon Braver: So, basically it was playing these games, these RPGs, and actually thinking about, "what if I took a scene, or a couple of scenes, and brought it into the real world? Brought it into my parent's house?" So, I ended up doing a show in my parent's house. We put them in a hotel, and I wrote a really cool story, a horror story, inside the house. It lasted like 10 minutes, and I invited the neighborhood to come check it out. After seeing small groups going through the house and experiencing the story that was such a high, and that's stuck with me throughout, until this day.

Jon Braver: I ended up doing something for the city of Chicago in an old clock tower. They wanted to do a story there, so I wrote a play in there, and then I moved to LA to be a stuntman, and I was doing that for 20 years, and still do it, and all that. But that Delusion, that it was called Haunted Play back then, it was a bug, it was in my ear constantly. So, finally in 2011 after like working in the film business for a while, it was like, "let's do that. Let's go back to that, go back to the RPGs, but take all the films that I've kind of worked on, all my context from that, and treat this as a live movie." So, we treated it kind of like a film where we rented a giant mansion and I wrote a story in that, just like I did at my parent's house, but this was more professional and more elaborate. That was when there was nothing like it in the world.

Jon Braver:  So, that took off. We did it for 11 nights, and then that's when Neil Patrick Harris came and he and I produced the year after. That's when it kind of took off, it put the immersive theater on the map here in LA. That was the very short version of it, but it really came from the RPGs.

Philip Hernandez: Finally, John expands on the long-term plans for Delusion and expanding the IP of Delusion into other mediums.

Jon Braver: That would be a television series based on the Delusion stories, kind of like American Horror Story, like an anthology of stories. That would be the next 10 years mixed with the live interactive play as well too, based on previous shows, or in the TV series as well, sort of pop-up experiences. I've written some screenplays based on the show, I've written some TV series, pilots, and all that. So, we're in the process of developing that stuff. That is the 10-year plan, that is the plan. 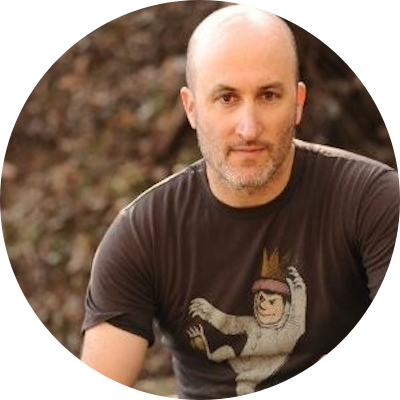 Jon’s personal and professional life has been eclectic and exciting. He worked as a film, VR, and theatre writer/director, action coordinator, stuntman, and creative consultant for Disney Imagineering. Jon's passion project is DELUSION, the first ever interactive horror theatre company. DELUSION engages with audiences to play their part in fantastical and otherworldly tales.