SeaWorld San Diego is celebrating their 2nd year of Howl-O-Scream this season. This year, the event had two new haunted houses, a new stage show, atmospheric areas called ScAREAS, and bars hidden within mazes. This is an event that is changing a lot...

SeaWorld San Diego is celebrating their 2nd year of Howl-O-Scream this season. This year, the event had two new haunted houses, a new stage show, atmospheric areas called ScAREAS, and bars hidden within mazes. This is an event that is changing a lot year after year. We’ll learn more about the event from Tracy Spahr and then I’ll play you a few clips from opening night. Follow along to our Hauntathon: https://linktr.ee/hauntedattractionnetwork

Tracy Spahr: Hi, my name is Tracy, I'm with Howl-O-Scream at SeaWorld San Diego. We are here on opening night, Friday, September 16th for our Halloween nighttime events. This is our second year and we've gone bigger than the year before. We have 5 haunted houses, so we added two more to this year. It is Circus of the Damned and Alien Outbreak.  So, those are two of our newest ones. We have scare zones that we've re-themed, we have new ones, we have scAREAs, which are new, a live performance, a DJ dance party, roller coasters in the dark. There's something for everyone.

Tracy Spahr: So, Circus of the Damned is one of our newest haunted houses. It's hysterically terrifying. So, think clowns, creepy laughing and things like that, and a little bit of startle scares that you're never going to be expecting. It also has an accompanying bar. It's one of the haunted houses with a Speakeasy, the name of it is Sideshow, so very themed, and a scAREA is nearby.

Tracy Spahr: So, the difference between a scare zone and a scAREA is, a scAREA has more performance in it. So, you may see more dancers there, or entertainment pass just a scare zone, where you'll see some of the shorter window.

Tracy Spahr: Area 64 is an experiment gone wrong. So, you will see aliens, you will see bodyguards trying to hide the guests from having the aliens get to these guests, and there's nowhere safe because you don't know if you're going to see something lurking or something large in front of you.

Philip Hernandez: Tell me a little about these bars, I've heard so much about them.

Tracy Spahr: Yes! Well, you know you want to get scared, but then you want to calm down with a nice cocktail. So, at every bar we have a themed bar right next to it, or nearby, that is matching the house. So, for Nightmare Experience you can go to the AmBARlance and get a drink over there, maybe a syringe Jell-O shot. In addition to each house having its own bar, two of the haunted houses have speakeasies. So, a little surprise for our guests if they can get the code word and get inside of them.

Philip Hernandez: Tell me a little bit about your shows.

Tracy Spahr: So, we have Darkness Falls, it's a live performance. We have a few shows every evening and it's a mix of suspense, percussion, performers, and entertainers that'll just wow you. It's a great way for people who don't like it as much as the haunted houses, but a great way to, like, still feel festive and in the haunted spirit.

Philip Hernandez: Last year we didn't use the entire park, but this year it seems like you've expanded the footprint.

Tracy Spahr: So, this year we, as I mentioned, it's bigger, so we've expanded the footprint within SeaWorld. So, you'll have the rides, you'll have the houses, the scare zones, but it is a larger area for guests, and it can definitely fill up the whole night. So, at Howl-O-Scream we have something for everyone. This event is geared towards a more mature audience, so we're suggesting 13 and over, but even those young ones may not want to be as terrified. So, the scAREAs are a perfect way to get those haunted feelings, see the actors, and the performers without, you know, getting soaked on, if you will. So, you can pick between a show, you can go on roller coasters in the dark, which everybody loves, so there is truly something for everyone. For those with little kids, they can come to SeaWorld during the day and enjoy our Spooktacular event which is very family-friendly with trick-or-treating and things like that.

Tracy Spahr: Howl-O-Scream goes from September 16th through Halloween, October 31st, on select nights. The best way and the lowest prices available on tickets are on our website which is SeaWorldSanDiego.com.

Philip Hernandez: OK, last thing, the stage show. Last year, the Vampire Circus performed nightly at Hal Screen, but there's a new show this year, Darkness. It's a dance show, but there's a scripted storyline that viewers are taken through while they watch. 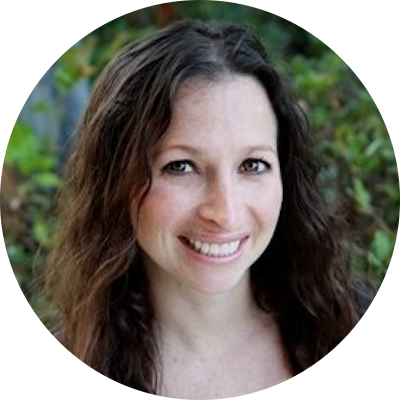