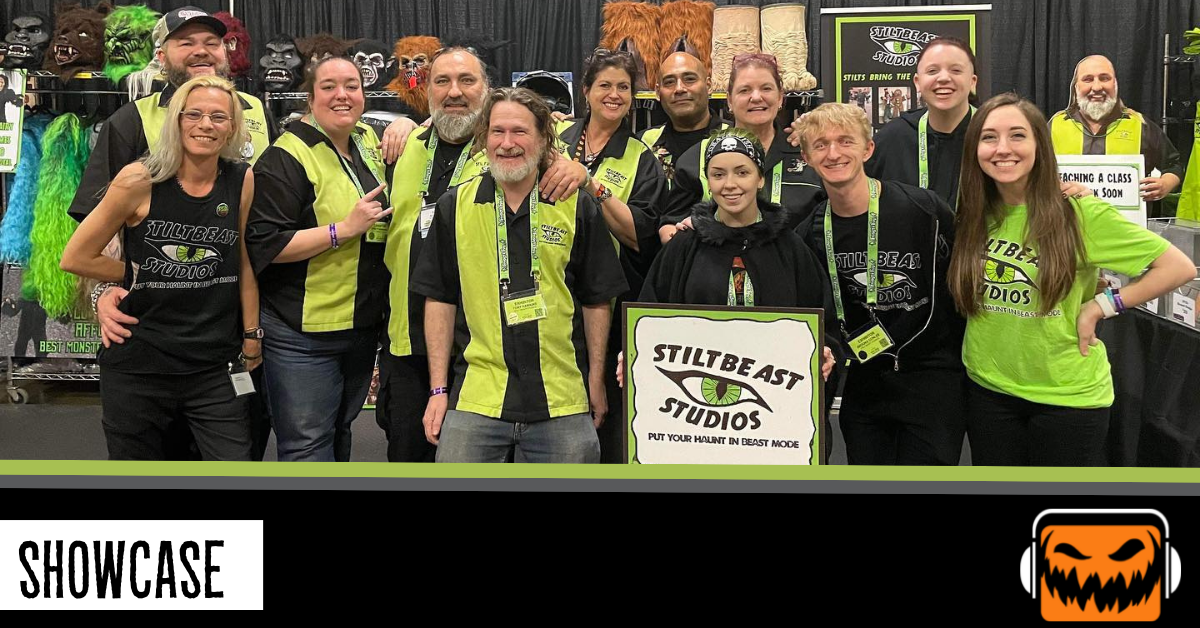 We catch up with Allen Hopps from Stilt Beast Studios on the Transworld Show Floor.

We catch up with Allen Hopps from Stilt Beast Studios on the Transworld Show Floor. Stiltbeast debuted their ‘Bootanicals’ Line of products and, as you’ll hear, celebrated a record-breaking year. This is part of our vendor showcase series, in partnership with the Haunted Attraction Association. Tyler from The Scare Factor conducted this interview.

So, what I have done for many, many years is, I try to fill holes in the haunt industry. What isn't at the show? And the next year I try to bring that. What's not out there that haunts need? Or I'll invent a product for us to use a Dark Hour, and then I will bring it to the show because it worked out great.

Tyler: What is some new staff that you bring in this year?

Allen: So, we actually started a whole new thing this year where we're doing a theme of costumes and props and puppets and stuff, and this year is Stiltbeast Bootanicals. So, I have a lot of like fungus zombies, I have a very nature-oriented pan costume, we have a nature witch, a lot of leaves and vines, a new mask called a Vineling, which it's almost like a net mask. We have Moss cloth to help make the sets, and sheets of mushrooms in order to just to fill out sets that are of a plant and botanical nature.

Tyler: Gotcha. Would you have anything that you would call underrated, that you have, that you feel is particularly valuable, but maybe not a lot of people know about?

Allen: Yes. We have a maggo-pede on a stick. It is a hand puppet on an actor squeeze trigger. It's a garbage picker-upper, that's what's in there, like I'm a DIY guy, I'm going to tell you how to make it. It's a garbage picker upper, you shove it in there, you foam it in place, and then the actor can shove that through a whole, aim at right at someone's crotch and...

Tyler: It's got big fangs coming off the front here.

Allen: ...scares the heck out. It looks like a half centipede, half maggot. Hence the name of maggo-pede.

Tyler: That thing's pretty awesome. So, kind of segwaying into the HAA stuff, what do you feel like you get the most benefit out of for being an HAA member?

Allen: Networking. So, to me, it's 100% about networking. Lots of people haunt, not everybody sees it as an occupation, not everybody sees it as a 100% legitimate business, and I've been in this business long enough I just want people to think that haunted attractions are 100% a legitimate business. And having the Association and the networking that allows, in a way, legitimizes. I know that everybody in the Association holds themselves to a set of standards.

Tyler: What do you feel like you get the biggest benefit out of by vending here at Transworld?

Allen: Transworld is kind of the only show to vend at. If you're going to do one, have a do Transworld. What hurts my heart is that a lot of vendors will do a small show to test the waters, but the customers aren't there. So, they don't do the sales that they think. It's a financial risk, a little bit, to do Transworld, It costs a lot for the booth, you got to have the hotel and all that, it's a big outputting of money, but the customers are here and they're buying here. So, the smaller shows, unfortunately, discourage vendors. Take the risks, come to Transworld first, because that's where the money is.

Tyler: You offering any show sales this year?

Allen: What I'm offering is, all of my materials prices are about to go up, so buy them now, because I guarantee you prices that go to increase right after the show. Everything. The stilts I get, I only have to get one kind of stilts, but they are imported, and they're already costing me, it eats into what I sell them for, already. Latex and foam, that has gone up about 20% in the past year because of material shortages. I think that's going to continue. World conditions and climate haven't been awesome. So, you know, we'll see where that goes. But mostly it is, buy right now, from whoever, not just me, whoever, because their prices, their costs, are going to go up. And maybe their lives are going to change, so get it now

Tyler: Do you have a deadline for folks when they need to have an order in, like buy now if they're going to get them by haunt season?

Allen: I think we're cutting off orders, probably early tomorrow, just the way that things are looking. Because I get all my orders out by the end of June, and if it's going to be past June, when that happens, then I'll open orders back up for a small window. But it's looking like the show is going to close out that season.

Tyler: That's a good problem to have for you

Tyler: Yeah. Okay. And one last question here, I'll let you get back to it. What was your first Halloween costume?

Allen: I was a construction worker,

because my mom, picked it. It was a construction worker. I was five, and I had the eyebrow pencil mustache, like a yellow playschool school construction helmet and tool belt, and that's what I 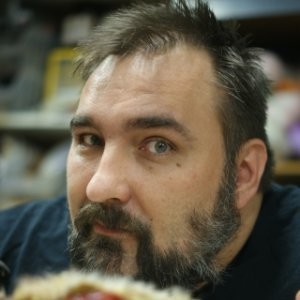