My Deceased Valentine at Deceased Farm in Lexington South Carolina 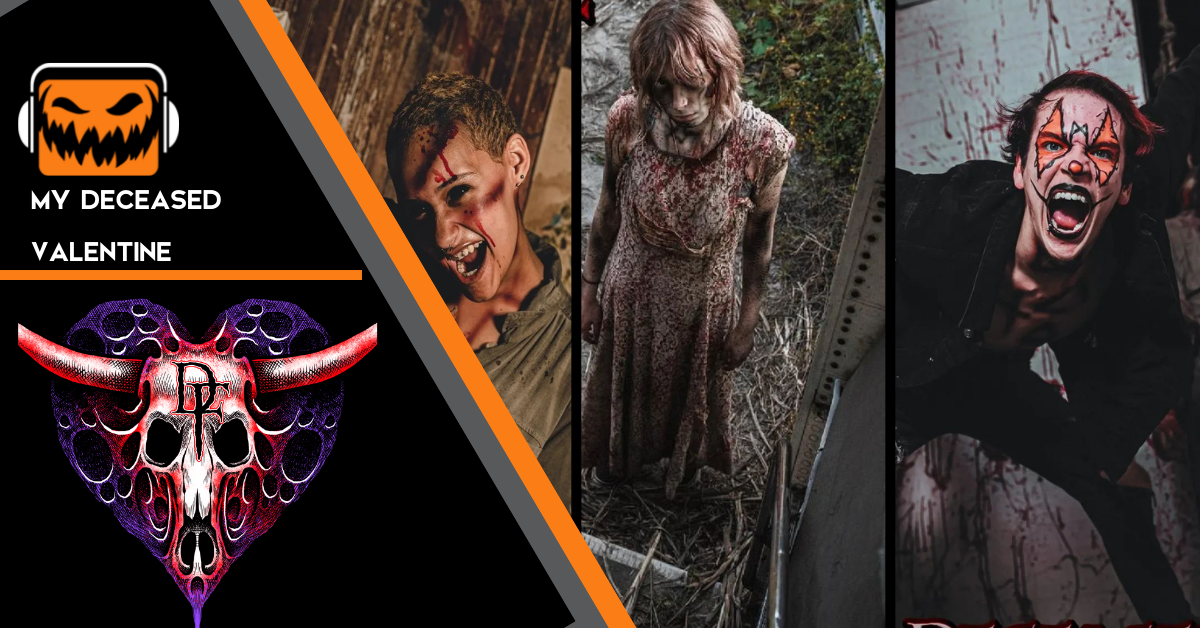 My Deceased Valentine returns to Lexington South Carolina this weekend. This is an entirely different low-capacity event for Valentine’s Day.

Blanchard Williams explains the event and how Deceased Farm doesn’t struggle with staffing, but rather cooperates with haunts around them.

Blanchard: My name is Blanchard Williams, and I am the technical director for Deceased Farms in Lexington, South Carolina. We have several buildings with indoor experiences, but in between those buildings we do have outdoor scenes. We also have a corn maze, pallet mazes, junkyards, inside attractions we have added over the years, escape rooms, paintball, we planned to put in a ax throwing and a few other things as we continue to grow.

Philip: And the reason we're talking now is because you have a Valentine special event happening. Can you tell me about that?

Blanchard: We started in, 2015 was our first Valentine's event, and we've repeated it every year since. People will come year after year specifically for it. We try to change things every year, we try to add things, thematic changes, for Valentines to make it more interesting. So, we'll throw up, you know, cheesy decorations, we'll take our characters and we'll put them in Valentines roles; they might be all wearing red. I got one character who, he collects things, and for Valentines he's decided instead he's going to collect Valentine's day cards and he's attached to them all over himself and makes him just a unique character for people to come and visit. So, they know the character, but he's different.

When they come back out, of course, we have changed our midway to have more of a Valentine's feel. Our 12-foot skeleton now has an inflatable love sign at his feet, and we'll do several photo opportunities. Our characters are walking around and they're doing Cupid things to keep people entertained, we change the music a little bit, but everybody feels safe at first. "Oh, do you just want to give me a hug? Oh, wait a minute. No, you don't."

We'll see a lot of repeats. Anytime the haunt is opened, they will come, multiple times a year, both in the Halloween season and even the Valentine season.

Why Change The Theme Around?

Blanchard: We always want to give them a bit of a new experience to make it interesting. Deceased is relatively large, it's about three quarters of a mile long, it can take like 30 to 40 minutes to go through. So, Valentine's tends to be in the middle of the winter, so our cornfield is kind of dead. So, there might be a section or two that we skip on that, but we feel that we still want to give a better show, or the same level of show. So, if we have to close down a section of cornfield, we expand another scene, so that way you are still getting the same amount of time and attention when you come through. Even if it is an off season event you're still gonna get basically the same level of quality of show that you would during the hung house season.

Philip: We are right in the middle of your two-weekend show, and you don't do online ticketing, but do you have a sense of the demand? I mean, was it strong last weekend?

Blanchard: It was. We were fairly busy on Friday. Saturday, I would say we were very close to what I would call slammed. So, we have a card system, so that way you don't have to stand in line. They come with friends, maybe not just a date, but they'll come with other friends and they like to hang out. They may not run into the haunt right away, they want to play an escape room, they want to eat some food, sit around. They'll sit on picnic tables and just talk.

We've tried to, over the years, expand, you know, have other things to do. Come, hang out, spend some time with us, and it gives a lot of our characters a chance to interact in the midway and people become fans. I get asked sometimes, "hey, whatever happened to so-and-so," and I'm like, "oh gosh, she hasn't been here in years, but you still remember her, and keep looking for her year after year." So, it builds a good brand presence. I guess, people seem to love the interaction and the personality that gets built.

Philip: How has the event itself changed over the years?

How Does Deceased Farms Approach Staffing?

Blanchard: I am not the actor coordinator, but we have had a very large crowd show up this year. One thing that also is really interesting is, other haunts near us, well even far away from us, who aren't open for Valentines and they want to get into that Valentine haunt experience, they will come and work with us. Plantation Blood from Augusta, Georgia has been coming up. We also have some friends from Orlando who are coming up this coming weekend to join us, and we're very excited to have them back.

Even during a regular season, we always look at the schedule and be like, "okay, Hey, we don't open till this time. Who's open before us? Who's open after us? Who can we go see?" I love being at my haunt, but you know, I don't get to go see one, an active one, and so it's always fun to join others. If other haunts are open a weeknights that we aren't, some of us will go and act there and join them, and it's a great family. It's a great community, and we really enjoy spending time with our brothers and sisters in other towns.

What Is The Future For Off-Season Events?

Blanchard: Eventually things are going to increase, yes. I think it will probably start with expanding our escape rooms into more off season events, and then, "Hey, well, if we're going to have these open to that, maybe we can also do a, you know, a couple of nights of haunt" Because the haunt is there, we don't tear it down. It lives in breathes you know, every day of the year, it's just when we want to open it and throw some actors in it. So, I see some expansion. I can't tell you when or how or why, but I can tell you that I suspect it will happen.