Indy Scream Park in Anderson IN has 5 attractions and a midway. Several of the attractions offer interactive elements, which the park is most known for. Recently they’ve also upgraded their infrastructure and Tyler went on-location to speak with GM...

Indy Scream Park in Anderson IN has 5 attractions and a midway. Several of the attractions offer interactive elements, which the park is most known for. Recently they’ve also upgraded their infrastructure and Tyler went on-location to speak with GM Todd Harmeson about all of it. Follow along to our Hauntathon: https://linktr.ee/hauntedattractionnetwork

Tyler Proffet: Hey everybody, this is Tyler with thescarefactor.com, and today we are here at Indy Scream Park talking with Todd. How's it going, Todd?

Tyler Proffet: For those that haven't been to Indy Scream Park before, give us a big macro-overview of what is Indy Scream.

Todd Harmeson: So, Monster Midway, again, it's your entertainment, it's your place where you can come, sit, eat, drink, and socialize with friends while characters are entertaining you, scaring you, but also interacting with our guests here in the Midway. Inside the red building, we have Nightmare Factory Blackout, which is an old factory that the insects and the rodents have taken over. The workers have all died in there, and so when you're going through that attraction, the biggest draw to that attraction is just in its name, it's blacked out in there. So, that that haunt is from two years ago that we put that on in.

Todd Harmeson: Then you have Kilgore's 3D Circus, and of course, everybody loves clowns., they love the circus when it comes to town. When Kilgore Circus came to town they just killed people, the bodies were strung out, and all of a sudden the circus was gone. So, that's what we've been left with now, the under the big top we've still got the circus, the clowns are waiting for you to come and be mesmerized by the 3D attraction, and if you're lucky you make it out of the haunt and the clowns don't kill you.

Todd Harmeson: Then Mutations. Mutations is our third inside haunt. Actually, it's an interactive haunt that is, Omni Labs, and they filed for bankruptcy. The insects have mutated, the doctors and the medical staff have all been infected in that haunt, and again, that's interactive. So, when a guest chooses, they can wear the glow necklace and they may be taken away from their group, they may be put into an X-ray chamber or a cryo chamber might even be some body bags involved in some of that interactiveness.

Todd Harmeson: So then you go to the outdoor haunts, and we have Zombieland. Zombieland is an outdoor junkyard where the zombies have literally taken over that part of the community. As you go through, if you're lucky, you're able to make it out before the zombies eat you. That is also an interactive attraction. So, you may be pulled into the dentist's chair, you might get a buzz haircut, or you might get left on a bus. So, that's a great attraction as well.

Todd Harmeson: Then finally, we can't forget, usually the number one attraction at Indy Scream Park, is Backwoods. The Backwoods family is here again. They've been with us for years, they're on their own property, they don't like the government, they don't want visitors. So, when our guests go through Backwoods and its new haunt back there this year, they're going to be interacting with the redneck hillbillies of the backlands, and they're looking for food and those guests might be their next dinner.

Tyler Proffet: Tell us more about the interactivity and the glow necklaces.

Todd Harmeson: So, interactive is one of the biggest things here at Indy Scream Park, we're very proud of that. We have two haunts, Mutations, and Zombieland, where the guests can choose to put a glow necklace on and that signifies to the actors that these guests want to be a part of the show. So, they may be taken away from their group, they may, in Zombieland, be walking through or crawling through a tunnel. They could be put into a barber's chair, in Mutations they get put into insects and they can be put into a cryo chamber, or, you know, different things like that. It's a way for the guests to be immersed into the show and really get that sense of their part of the haunt.

Tyler Proffet: So, tell us what some of the new things are that you got going on here over the past couple of years.

Todd Harmeson: So, the last two years we've spent a lot of investment into the infrastructure of the facility, all new Midway for Bonzo Beer Garden, food, we've added pizza this year, just wanting to make the whole Midway an attraction where people can come, spend the evening, go through the haunts, get scared, but also have food and entertainment beverages here. Then, this year we also did big upgrades in Backwoods and in Zombieland, by adding ground cover, rock, or decking through those haunts so that the guests go through, and they still get that outdoor feeling, but in inclement weather, they're not worried about ruining their shoes, their clothing, anything like that. So, we've done a lot of that kind of thing to take care of the guests at Indy Scream Park.

Tyler Proffet: What changes are you guys most excited about for this year?

Todd Harmeson: I'm most excited about just the fact that we're able to experience this whole Midway. It's done, it's complete, and we've added pizza. So, the guests come out, they're able to come and get a slice of pizza, they're able to get a whole pizza. We have our food vendor that was here the past several years, he's back. So, we just really have that experience for a family, a couple, or a group of people to come out, and spend the night at Indy Scream Park.

Todd Harmeson: We open at 6:45, the gates, the first haunt opens at 7:00 PM, and you can literally come join us for dinner, join us for beverage, the music, the atmosphere of a night out in Anderson IN, Indy Scream Park.

Tyler Proffet: Sounds good, Todd. Thanks so much for talking with us and we hope you guys have a great season. 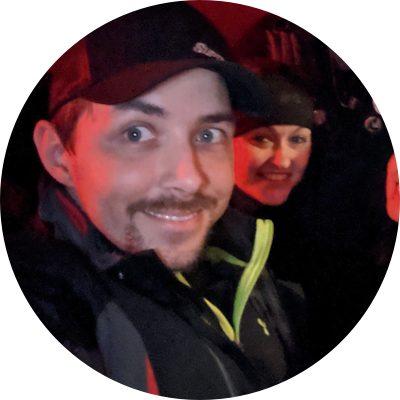 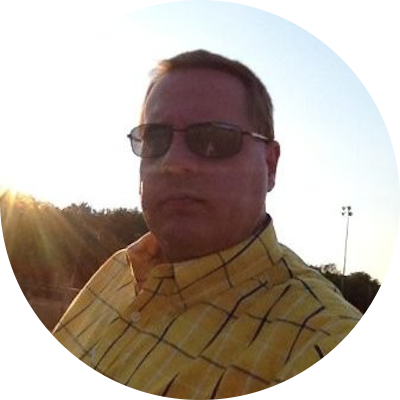