Thirteen Floor Haunted House Chicago has a new building and a redesigned show to go with it; we’ll learn all about it. Bryan Kopp explains the two new themes, expanded midway, and how the team is navigating around managing The Old Juliet Haunted...

Thirteen Floor Haunted House Chicago has a new building and a redesigned show to go with it; we’ll learn all about it. Bryan Kopp explains the two new themes, expanded midway, and how the team is navigating around managing The Old Juliet Haunted Prison. Follow along to our Hauntathon: https://linktr.ee/hauntedattractionnetwork

Bryan Kopp: My name is Bryan Kopp, I'm a market manager for 13th Floor Entertainment Group. I run 13th Floor Chicago and the old Joliet haunted prison. 13th Floor Chicago has been here since 2014, but we just recently moved into a brand new, way better location in Schiller Park, right off of River Road, right near the Rosemont Convention Center. So, it gave us an opportunity to reinvent some of our classic and favorite scenes, bring them new life. When guests get here, we have our own stand-alone building now, it is awesome, and we're putting together a festival-style midway area. So, that'll make your waiting experience a lot more enjoyable, a lot more fun, and entertaining. We have two seamless attractions that we re-theme every single year, even though the show was brand new last year we've already redone everything. Then on the way out we have a little gift shop with the five-minute mini escape games that you can play.

Bryan Kopp: The Chicago one is a no brainer, right? Chicago has such a fascinating, rich history, it's such a cool city. A lot of haunted houses, it's a typical scene, it's a fan favorite scene right to have an apocalyptic city kind of vibe. So, we got to do something in that vein, right? But you got to embrace Chicago. So, the old meatpacking district was like a creepy part of Chicago's history, so we've embraced that. There was this Dunning Asylum in Illinois that some horrendous stuff went down back in the day, so we have this facility that is reminiscent of that. We have the city street scene that we've really tried to like completely bring to life and make you feel like you're in this dark, twisted Chicago alleyway.

Bryan Kopp: The whimsical side we did just because that's my favorite. I absolutely love that sense of adventure, traditional Halloween. So, we wanted to make some place where the town where that lives.

Bryan Kopp: What makes this show special to me is it's a combination of multiple shows, so it's a lot of our awesome pieces from 13th Floor that was in Melrose Park and now it's in Schiller Park, right? There was an acquisition that we made in 2015, it was a fantastic haunted house called Fear City. We turned that into House of Torment, Chicago. That was where I started with the company, I love that show. So, we built a lot of new sets for that show as well, and then that show had to go into hiatus. We had all those set pieces and we were able to take the best parts of Fear City, the best parts of House of Torment Chicago, the best parts of 13th Floor in Melrose Park, and put them all together with all of the things that we've learned over these last, you know, seven years to make all of it better than it ever was before.

Philip Hernandez: Setting a maze in a real place can engage your fans, sure, but it can also be challenging to make sure you avoid upsetting anyone. I asked Brian about walking that line.

Bryan Kopp: You think about it, think about it, and think about it. Is this going to upset somebody? Is it going to trigger somebody? Is this taking it a little too far? Ask everybody. One of the best parts about being a part of 13th Floor Entertainment Group is you have access to all of these smart, talented people who've been doing it for a really long time. So you have a lot of people that you can run ideas past.

Philip Hernandez: As Brian mentioned at the top of the show, they're also managing the old Joliet Haunted Prison, which is about 30 minutes away. In a time of staffing shortages, I asked whether that would spread them too thin or not.

Bryan Kopp: We had to staff a whole new location in Joliet, The Old Joliet Haunted Prison. That was tricky. We really try to go out of our way to make sure that it is like an inviting, inclusive place where everyone's welcome, where everybody wants to be. When we audition them, we kind of have names for the various acting-type positions, and there are some positions that are similar to how you described. It's essentially pushing a button or hitting a trigger, right? But some people feel more comfortable with that, they don't like the pressure of having to be on like you are in improv. Then there are some people that thrive on that as you described, and obviously, we have roles for those people as well. We go over all of that with people before we even take them into the show and start working with them, and we try them out.

Bryan Kopp: People, sometimes they grow into their positions, sometimes they realize, "you know what I thought this is for me, I don't think it's going to be." But we're upfront with everybody about that. We do a lot of training, we do a lot of team-building and camaraderie to try to create also like a just a really close atmosphere environment. There's, like I said, people that have been with me now for the better part of a decade. We've watched people meet, date, get married, have kids, all while working here throughout, you know, season after season.

Philip Hernandez: And of course, we finished with talking about future plans for the show.

Bryan Kopp: We're going to keep changing the show and growing the show every single year. Hopefully, we'll add some year-round opportunities at this location. The only thing that I've seen really shifting much, for us anyways, is technology assisting the scares. Like what you would see at Universal and Disney and these speaker scares where you can use a trigger to add DMX light shows, sound, adding to the environment for the actor.

Bryan Kopp: We will open towards the beginning of September, the middle of September, and we will go through into November. Eventually, we'll be open every single day. So, it's always best to go to 13thFloorChicago.com to get your tickets, because you can plan out your day in advance. You know, there are certain days where the tickets are a little bit cheaper, certain days a little bit more expensive because they're high-volume days, and those days you're going to wait a lot longer in line as well. 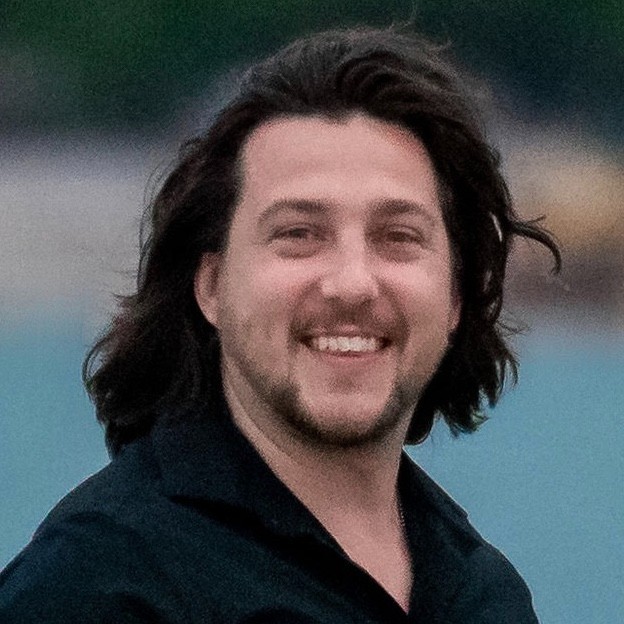